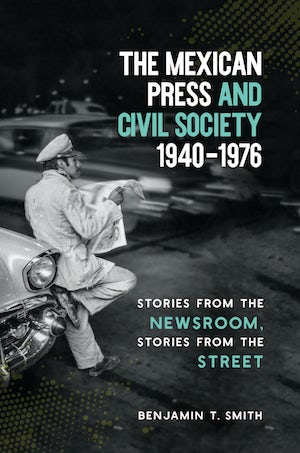 Mexico today is one of the most dangerous places in the world to report the news, and Mexicans have taken to the street to defend freedom of expression. As Benjamin T. Smith demonstrates in this history of the press and civil society, the cycle of violent repression and protest over journalism is nothing new. He traces it back to the growth in newspaper production and reading publics between 1940 and 1976, when a national thirst for tabloids, crime sheets, and magazines reached far beyond the middle class.

As Mexicans began to view local and national events through the prism of journalism, everyday politics changed radically. Even while lauding the liberty of the press, the state developed an arsenal of methods to control what was printed, including sophisticated spin and misdirection techniques, covert financial payments, and campaigns of threats, imprisonment, beatings, and even murder. The press was also pressured by media monopolists tacking between government demands and public expectations to maximize profits, and by coalitions of ordinary citizens demanding that local newspapers publicize stories of corruption, incompetence, and state violence. Since the Cold War, both in Mexico City and in the provinces, a robust radical journalism has posed challenges to government forces.

Benjamin T. Smith is reader of history at the University of Warwick and the author of The Roots of Conservatism in Mexico and Pistoleros and Popular Movements.

“An informative and well-written contribution . . . . Undoubtedly an important work.”--H-Net Reviews

“Filled with arresting characters and anecdotes, and written with verve and insight,this is a pathbreaking book that analyzes the role of the Mexican press—both national and provincial—during the formation and heyday of the PRIísta state, convincingly arguing that newspapers were much more diverse and influential than commonly believed. This book fills a big gap and sheds a bright light on the politics of the PRI, especially some of its shadier corners."—Alan Knight, University of Oxford

“Demonstrating the press’s growth and diversification across post-revolutionary Mexico, Smith argues for the richness and importance of the history of civil society and politics defined broadly. This book is bound to change the way scholars and students understand a decisive period in the history of the country.”—Pablo Piccato, Columbia University