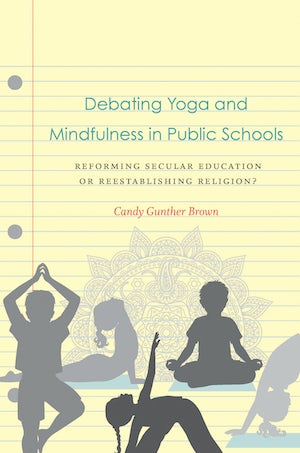 Yoga and mindfulness activities, with roots in Asian traditions such as Hinduism or Buddhism, have been brought into growing numbers of public schools since the 1970s. While they are commonly assumed to be secular educational tools, Candy Gunther Brown asks whether religion is truly left out of the equation in the context of public-school curricula. An expert witness in four legal challenges, Brown scrutinized unpublished trial records, informant interviews, and legal precedents, as well as insider documents, some revealing promoters of “Vedic victory” or “stealth Buddhism” for public-school children. The legal challenges are fruitful cases for Brown’s analysis of the concepts of religious and secular.

While notions of what makes something religious or secular are crucial to those who study religion, they have special significance in the realm of public and legal norms. They affect how people experience their lives, raise their children, and navigate educational systems. The question of religion in public education, Brown shows, is no longer a matter of jurisprudence focused largely on the establishment of a Protestant Bible or nonsectarian prayer. Instead, it now reflects an increasingly diverse American religious landscape. Reconceptualizing secularization as transparency and religious voluntarism, Brown argues for an opt-in model for public-school programs.

"What’s the harm in having kids do mindfulness meditation or sun salutations in homeroom? . . . . Like many of us, Brown believed that these were secular applications until she examined the historical and religious context for herself. This book is a thorough history of mindfulness and yoga in public schools, related court cases, and legal analysis that led Brown to advocate an opt-in model as a way to maintain the separation of church and state."--Tricycle

“Pivotal and revealing. . . . Brown is insistent on the importance of empirical findings and her descriptions of yoga and mindfulness are all evidence-based and factual.”-- Oxford University Press Journals: Journal of Church and State

“Brown has extensively researched all facets of this topic and lays the evidence out for readers in a manner that is clear and easy to follow.”--International Journal of Christianity & Education

“In this provocative new book . . . Brown argues that a new concerted effort to reestablish religion in public schools comes not from Catholics or evangelicals, but from advocates of yoga and mindfulness. . . . Brown has written an important work of publicly engaged scholarship that documents how some advocates of mindfulness and yoga are using schools to disseminate religious traditions.”--Reading Religion

“Brown discusses yoga and meditation in US public schools, but in the process, she reveals so much more. She covers the origins of yoga and mindfulness, discusses how those have evolved and were introduced to public schools in the United States, and the lawsuits against them. . . . Because of its wide-ranging coverage, Brown’s book has much to offer for scholars in a number of fields.”--Religious Studies Review

“The massive popularization of yoga and mindfulness in the United States has extended into the nation’s public schools, and cultivating those practices in the classroom has raised a series of complex establishment clause questions—just as prayer and Bible reading did in the 1950s and 1960s. No one has explored those complexities more fully and carefully than Brown does here. It is no easy task to untangle the ‘religious’ and the ‘secular’ in contemporary forms of yoga and mindfulness meditation, but Brown offers a comprehensive, analytically rigorous account with an eye toward practical insights for parents, judges, educators, and religious practitioners. The case she makes for greater transparency and public scrutiny is compelling—and will generate a lot of lively debate.”—Leigh E. Schmidt, Washington University in St. Louis 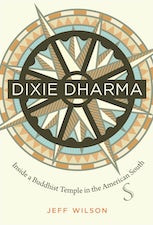