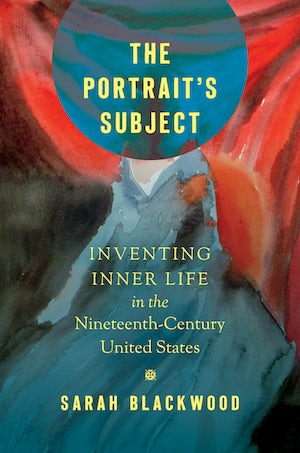 Between the invention of photography in 1839 and the end of the nineteenth century, portraiture became one of the most popular and common art forms in the United States. In The Portrait's Subject, Sarah Blackwood tells a wide-ranging story about how images of human surfaces came to signal expressions of human depth during this era in paintings, photographs, and illustrations, as well as in literary and cultural representations of portrait making and viewing. Combining visual theory, literary close reading, and archival research, Blackwood examines portraiture's changing symbolic and aesthetic practices, from daguerreotype to X-ray. Portraiture, the book argues, was a provocative art form used by writers, artists, and early psychologists to imagine selfhood as hidden, deep, and in need of revelation, ideas that were then taken up by the developing discipline of psychology.

The Portrait’s Subject reveals the underappreciated connections between portraiture's representations of the material human body and developing modern ideas about the human mind. It encouraged figures like Frederick Douglass, Nathaniel Hawthorne, Thomas Eakins, Harriet Jacobs, and Henry James to reimagine how we might see inner life, offering a rich array of metaphors and aesthetic approaches that helped reconfigure the relationship between body and mind, exterior and interior. In the end, Blackwood shows how nineteenth-century psychological discourse developed as much through aesthetic fabulation as through scientific experimentation.

Sarah Blackwood is associate professor of English at Pace University.
For more information about Sarah Blackwood, visit the Author Page.

“This is a theoretical book about a subject that is rarely theorized—portraiture. . . . Blackwood discusses visual portraiture by well-known American painters from the 19th century . . . interspersing discussions of prints, illustrations, and drawings. . . . She looks at how portraits became literary symbols in work by authors such as Nathaniel Hawthorne and Henry James. Identity politics also interests Blackwood, and she explores the meaning of portraiture for African Americans and women.”--CHOICE

"A fascinating and original study. Blackwood reconceives nineteenth-century portraiture as a method, not a genre, and specifically as a method through which understandings of self come into focus."--Shawn Michelle Smith, School of the Art Institute of Chicago

"This compelling and beautifully written work demonstrates the interdependence of technology, aesthetics, and conceptual subject formation and its legacy for the contemporary moment."--Priscilla Wald, Duke University