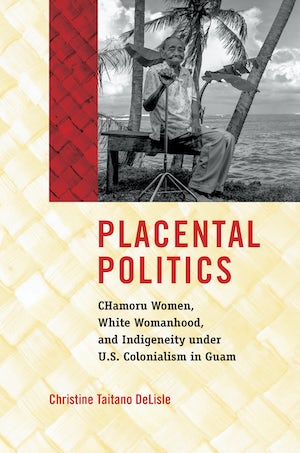 From 1898 until World War II, U.S. imperial expansion brought significant numbers of white American women to Guam, primarily as wives to naval officers stationed on the island. Indigenous CHamoru women engaged with navy wives in a range of settings, and they used their relationships with American women to forge new forms of social and political power. As Christine Taitano DeLisle explains, much of the interaction between these women occurred in the realms of health care, midwifery, child care, and education. DeLisle focuses specifically on the pattera, Indigenous nurse-midwives who served CHamoru families. Though they showed strong interest in modern delivery practices and other accoutrements of American modernity under U.S. naval hegemony, the pattera and other CHamoru women never abandoned deeply held Indigenous beliefs, values, and practices, especially those associated with inafa'maolek--a code of behavior through which individual, collective, and environmental balance, harmony, and well-being were stewarded and maintained.

DeLisle uses her evidence to argue for a "placental politics"--a new conceptual paradigm for Indigenous women's political action. Drawing on oral histories, letters, photographs, military records, and more, DeLisle reveals how the entangled histories of CHamoru and white American women make us rethink the cultural politics of U.S. imperialism and the emergence of new Indigenous identities.

"DeLisle's work shows us what decolonizing U.S. women's history looks like. This is a well-balanced, carefully constructed, and powerfully persuasive account of how, why, and under what conditions CHamoru women flourished, even when they were in the embrace--both tight and loose--of apparently well-meaning imperialist women."--Antoinette Burton, University of Illinois

"DeLisle reckons with U.S. imperialism and CHamoru history by placing Indigenous and white women at the center of the story. This deliberate reworking of what has been predominantly a monologue of male- and white-narrated history compels DeLisle to ask new questions that are vitally important to understanding ongoing imperialism and Indigenous resistance in Guam as well as in other colonized places. This book will facilitate ways of seeing the world through lived colonial realities."--Mary Jane Logan McCallum, University of Winnipeg