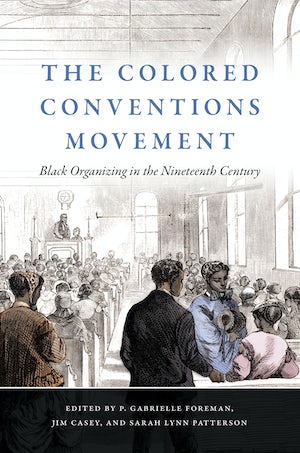 This volume of essays is the first to focus on the Colored Conventions movement, the nineteenth century's longest campaign for Black civil rights. Well before the founding of the NAACP and other twentieth-century pillars of the civil rights movement, tens of thousands of Black leaders organized state and national conventions across North America. Over seven decades, they advocated for social justice and against slavery, protesting state-sanctioned and mob violence while demanding voting, legal, labor, and educational rights. While Black-led activism in this era is often overshadowed by the attention paid to the abolition movement, this collection centers Black activist networks, influence, and institution building. Collectively, these essays highlight the vital role of the Colored Conventions in the lives of thousands of early organizers, including many of the most famous writers, ministers, politicians, and entrepreneurs in the long history of Black activism.

P. Gabrielle Foreman is the Paterno Chair of Liberal Arts and professor of English, African American studies, and History at the Pennsylvania State University.
For more information about P. Gabrielle Foreman, visit the Author Page.

"With historical heft and excellent prose, this book deserves to be the reference book for all things related to nineteenth-century Black activism."--Erica Armstrong Dunbar, Rutgers University

"This collection of essays offers an exciting, original rethinking of nineteenth-century Black political thought that resonates with the justice movements of our own time."--Sharla Fett, Occidental College