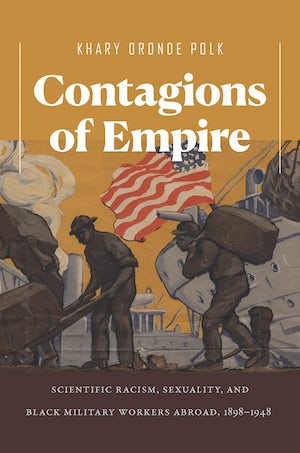 From 1898 onward, the expansion of American militarism and empire abroad increasingly relied on black labor, even as policy remained inflected both by scientific racism and by fears of contagion. Black men and women were mobilized for service in the Spanish-Cuban-American War under the War Department’s belief that southern blacks carried an immunity against tropical diseases. Later, in World Wars I and II, black troops were stigmatized as members of a contagious “venereal race” and were subjected to experimental medical treatments meant to curtail their sexual desires. By turns feared as contagious and at other times valued for their immunity, black men and women played an important part in the U.S. military’s conscription of racial, gender, and sexual difference, even as they exercised their embattled agency at home and abroad.

By following the scientific, medical, and cultural history of African American enlistment through the archive of American militarism, this book traces the black subjects and agents of empire as they came into contact with a world globalized by warfare.

"This fascinating book not only offers a much needed theoretical intervention into questions of race, gender, biology, and sexuality in the context of militarism, but also is an impeccable work of history."--Robert Reid-Pharr, Harvard University

"Blending deep and original archival research with cutting-edge theoretical argumentation, Polk offers us a startlingly innovative genealogy of black military labor and its discontents. Plumbing the legal, medical, and biopolitical resonances of the concept ‘immunity,’ this work recenters the lives and moral imagination of the ordinary black men and women who were conscripted into the project of U.S. empire but often resisted its racism and sexism."--Tavia Nyongo, Yale University

"In Contagions of Empire, Khary Polk offers a theoretically and empirically rich explication of how African American bodies sat at the center of U.S. imperial projects and of how black military workers maneuvered discourses of health, sexuality, and racial affiliation to shape their relation to state power. Shedding light on histories of war and society, medicine, and black labor, the book gives a fresh and compelling take on African Americans as global subjects."--Adriane Lentz-Smith, Duke University

"No other book offers such a superbly written and incisive analysis of the complex conditions faced by African Americans who served in the U.S. military during the country’s rise to a global empire, highlighting the contradictions of a nation claiming to be fighting wars of liberation abroad while Jim Crow segregation and racist terrorism were rampant at home."--Jennifer Terry, University of California, Irvine 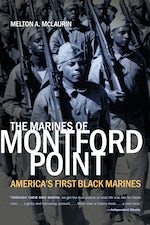