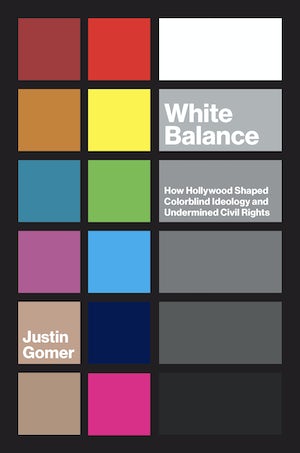 The racial ideology of colorblindness has a long history. In 1963, Martin Luther King famously stated, "I have a dream that my four little children will one day live in a nation where they will not be judged by the color of their skin but by the content of their character." However, in the decades after the civil rights movement, the ideology of colorblindness co-opted the language of the civil rights era in order to reinvent white supremacy, fuel the rise of neoliberalism, and dismantle the civil rights movement’s legal victories without offending political decorum. Yet, the spread of colorblindness could not merely happen through political speeches, newspapers, or books. The key, Justin Gomer contends, was film--as race-conscious language was expelled from public discourse, Hollywood provided the visual medium necessary to dramatize an anti–civil rights agenda over the course of the 70s, 80s, and 90s.

In blockbusters like Dirty Harry, Rocky, and Dangerous Minds, filmmakers capitalized upon the volatile racial, social, and economic struggles in the decades after the civil rights movement, shoring up a powerful, bipartisan ideology that would be wielded against race-conscious policy, the memory of black freedom struggles, and core aspects of the liberal state itself.

“Through clear writing . . . Gomer makes thoughtful connections to support a compelling argument that Hollywood played an influential role in the popularization of racial colorblindness. . . . White Balance is a well-written and much-needed study of colorblindness – one of the few book-length sources that explores the role of race-neutral perspectives in American society and culture.”--Black Perspectives

“Gomer expands existing explorations of the civil rights melodramas of the late twentieth century…such potent cinematic examples are a testament to the central premise of the book: that the conditions and consequences of the color-blind ideology warrant our attention in a multitude of fields.” – The Journal of Southern History

"Justin Gomer’s finely nuanced and superbly written book could have been titled ‘Believing Is Not Seeing: How Hollywood Taught Us to Stop Worrying about Race and Love Neoliberalism.’ He reveals how Hollywood films helped transform colorblind ideology from a liberal weapon against prejudice into the new common sense that ‘race’ no longer matters since racism is dead. A tour de force, Gomer’s takedown of colorblind ideology offers a new perspective on the drama, comedy, and horror that is the late twentieth century."--Robin D. G. Kelley, author of Thelonious Monk: The Life and Times of an American Original

"Colorblindness is one of the most dominant political ideologies of the last thirty years, and here is a well-written and imaginative contribution to the rich discourse on its power and significance in the post–civil rights era. Focusing on Hollywood films, Gomer makes smart and important connections between the end of the studio system and the fall of Jim Crow and the subsequent closer links between New Hollywood and colorblind politics."--Matthew Pratt Guterl, author of Seeing Race in Modern America