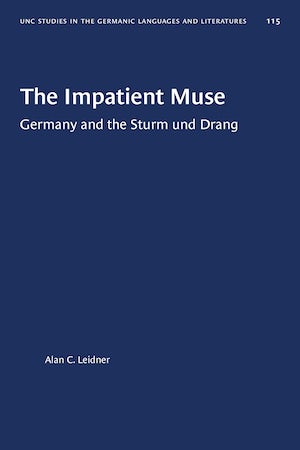 Far from being a forerunner of Weimar Classicism or an addendum to the Enlightenment, the Sturm und Drang is best seen as part of an autonomous culture of impatience--as literature in which Germans, frustrated with their fragmented land, simulated a sense of power and effectiveness that political realities did not afford. This impatience drove not only authors and the characters they created; it also drew in German audiences and readers ready to partake vicariously in national sentiments that they otherwise could not have experienced.

Alan Leidner sees Lavater's work as a model for dealing with a limiting culture, Goethe's Werther as a subtly arrogant figure, the drama of the Kraftmensch as a literature legitimizing the violence of its protagonists, the famous split in the Urfaust as the result of Goethe's resistance to the impatience that led many writers to fabricate a German nation that did not exist, and Schiller's Die Räuber as a liberating ritual that allowed German audiences to enjoy temporary feelings of national community. He concludes his study with an analysis of J. M. R. Lenz, whose texts recoil unequivocally in the face of the impatient muse.

"Leidner offers valuable insights into the role of Sturm-und-Drang literature in the creation of a German national identity; in doing so, he exposes the roots of a process of cultural formation that was to continue for at least the next hundred years, and is arguably still at work today."--The Journal of English and Germanic Philology

"In many ways this is a remarkable book. . . . The main thesis which Leidner so eloquently sets forth in this small volume is quite convincing and does indeed present a new way of looking at Sturm und Drang."--German Studies Review 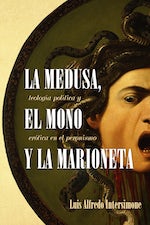