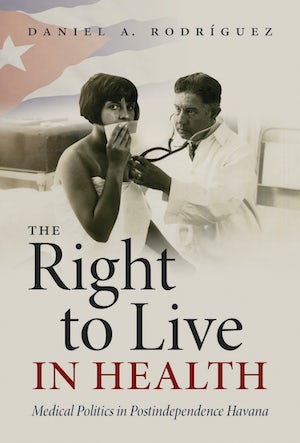 Daniel A. Rodríguez’s history of a newly independent Cuba shaking off the U.S. occupation focuses on the intersection of public health and politics in Havana. While medical policies were often used to further American colonial power, in Cuba, Rodríguez argues, they evolved into important expressions of anticolonial nationalism as Cuba struggled to establish itself as a modern state. A younger generation of Cuban medical reformers, including physicians, patients, and officials, imagined disease as a kind of remnant of colonial rule. These new medical nationalists, as Rodríguez calls them, looked to medical science to guide Cuba toward what they envisioned as a healthy and independent future.

Rodríguez describes how medicine and new public health projects infused republican Cuba’s statecraft, powerfully shaping the lives of Havana’s residents. He underscores how various stakeholders, including women and people of color, demanded robust government investment in quality medical care for all Cubans, a central national value that continues today. On a broader level, Rodríguez proposes that Latin America, at least as much as the United States and Europe, was an engine for the articulation of citizens’ rights, including the right to health care, in the twentieth century.

“Rodríguez deftly weaves multiple scales of analysis—from the microbiological to the ideological to the economic—into his narrative. . . . He is a skillful writer, crafting a story with crisp prose and vivid detail, without sacrificing sophisticated argumentation and empirical depth.”--NACLA Report on the Americas