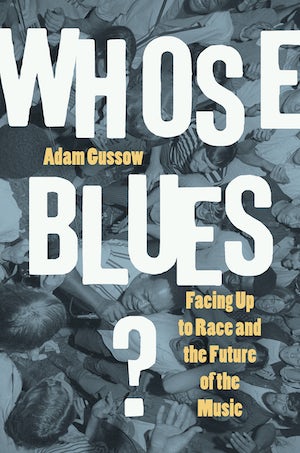 Mamie Smith’s pathbreaking 1920 recording of "Crazy Blues" set the pop music world on fire, inaugurating a new African American market for "race records." Not long after, such records also brought black blues performance to an expanding international audience. A century later, the mainstream blues world has transformed into a multicultural and transnational melting pot, taking the music far beyond the black southern world of its origins. But not everybody is happy about that. If there's "No black. No white. Just the blues," as one familiar meme suggests, why do some blues people hear such pronouncements as an aggressive attempt at cultural appropriation and an erasure of traumatic histories that lie deep in the heart of the music? Then again, if "blues is black music," as some performers and critics insist, what should we make of the vibrant global blues scene, with its all-comers mix of nationalities and ethnicities?

Adam Gussow is professor of English and southern studies at the University of Mississippi and author of four previous books on the blues, including Beyond the Crossroads: The Devil and the Blues Tradition. He is currently appearing on Netflix in Satan & Adam, an award-winning documentary about his thirty-five-year partnership with Mississippi-born bluesman Sterling "Mr. Satan" Magee.
For more information about Adam Gussow, visit the Author Page.

"An insightful work that connects contemporary culture to an old-school genre." —Kirkus Reviews

"Ably details the African American core of the blues and the shifting racial dynamics that have made the music so compelling to white Americans and blues fans in other cultures. Blues scholars will find the book illuminating." —Library Journal

“This thought-provoking work comes highly recommended for anyone interested in stepping beyond the music itself to gain a broader understanding of the forces that have fashioned it into a powerful musical form that transcends boundaries of all kinds.” —Blues Blast Magazine

“Whose Blues? is ambitious and challenging and opens up debate on a subject that must be addressed. . . . [Gussow’s] literature survey and close readings are revelatory.” —Robert H. Cataliotti, Living Blues

“Gussow does a yeoman’s job of mixing discussions of decades-long changing race relations with the emergence and development of the blues. Throughout, Gussow’s reach is impressive as he incorporates discussion of the emergence of the blues into discourse on contemporary standouts . . . Essential.”—CHOICE 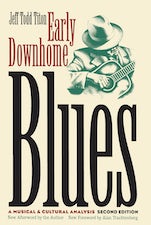