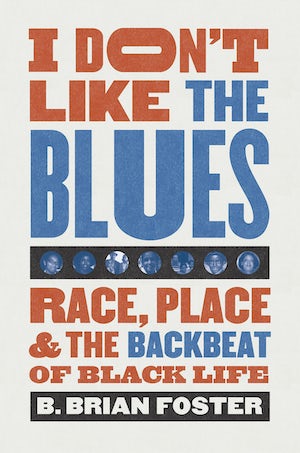 How do you love and not like the same thing at the same time? This was the riddle that met Mississippi writer B. Brian Foster when he returned to his home state to learn about black culture and found himself hearing about the blues. One moment, black Mississippians would say they knew and appreciated the blues. The next, they would say they didn’t like it. For five years, Foster listened and asked: “How?” “Why not?” “Will it ever change?” This is the story of the answers to his questions.

In this illuminating work, Foster takes us where not many blues writers and scholars have gone: into the homes, memories, speculative visions, and lifeworlds of black folks in contemporary Mississippi to hear what they have to say about the blues and all that has come about since their forebears first sang them. In so doing, Foster urges us to think differently about race, place, and community development and models a different way of hearing the sounds of black life, a method that he calls listening for the backbeat.

B. Brian Foster is assistant professor of sociology and southern studies at the University of Mississippi.
For more information about B. Brian Foster, visit the Author Page.

“Just as southern Black folks are supposed to uncritically love the blues, a sociologist is not supposed to give us such a superbly written book. But southern Black folks will fool you, and apparently so will southern Black sociologists. There will be important books and essays written about what B. Brian Foster has done from a critical and methodological perspective, but the writing in I Don’t Like The Blues is breathtaking—the best I’ve read in 2020. I have never needed a book as much as this one.”—Kiese Laymon, author of Heavy: An American Memoir

"With this moving book, B. Brian Foster offers us a landmark study of race and music in Clarksdale, Mississippi, and asks us to consider what black life looks like and, most importantly, sounds like in the rural South. No one before Foster has captured black voices as clearly and poignantly. Drawing from nearly 250 interviews, he spends time ‘kicking it with folks’ who express their anger and disappointment that blues music has been stolen from them. I Don’t Like the Blues is a gritty, deeply human book that every American should read."—William Ferris, author of Give My Poor Heart Ease: Voices of the Mississippi Blues

“I Don’t Like the Blues is a transdisciplinary book of great importance. A rich and incisive portrait of the lifeworlds of the American South, it beautifully illustrates how redevelopment, blues tourism, race, and place collide and generate ways of knowing, living, and being black amid rapid global and local shifts. Creative and thought provoking, B. Brian Foster’s account is deeply relatable, rigorous, and necessary.”—Marcus Hunter, University of California, Los Angeles

“In this book that looks at music and rural black life, B. Brian Foster rigorously examines race and place but allows black residents of Clarksdale to speak for themselves. A much-needed contribution to how we see black people, I Don’t Like the Blues is going to make many people reexamine the ways we discuss race and place in the rural Deep South.”—Earl Wright II, Rhodes College