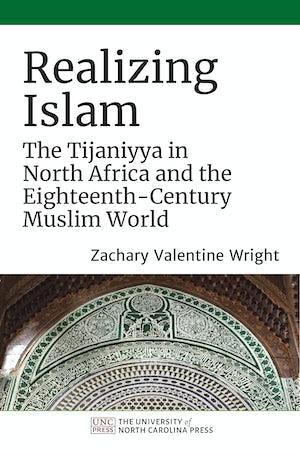 The Tijaniyya is the largest Sufi order in West and North Africa. In this unprecedented analysis of the Tijaniyya’s origins and development in the late eighteenth century, Zachary Valentine Wright situates the order within the broader intellectual history of Islam in the early modern period. Introducing the group’s founder, Ahmad al-Tijani (1737–1815), Wright focuses on the wider network in which al-Tijani traveled, revealing it to be a veritable global Islamic revival whose scholars commanded large followings, shared key ideas, and produced literature read widely throughout the Muslim world. They were linked through chains of knowledge transmission from which emerged vibrant discourses of renewal in the face of perceived social and political corruption.

Wright argues that this constellation of remarkable Muslim intellectuals, despite the uncertainly of the age, promoted personal verification in religious learning. With distinctive concern for the notions of human actualization and a universal human condition, the Tijaniyya emphasized the importance of the realization of Muslim identity. Since its beginnings in North Africa in the eighteenth century, the Tijaniyya has quietly expanded its influence beyond Africa, with significant populations in the Middle East, Southeast Asia, and North America.

We are proud to offer this book in our usual print and ebook formats, plus as an open-access edition available through the Sustainable History Monograph Project.

"Shines light on a little-known example of the diversity, vitality, and worldwide scope of Islamic knowledge and Muslim communities."--Publishers Weekly

"Wright has done an admirable job drawing on a wide array of sources, supporting his conclusions thoroughly with documentary evidence, and frequently acknowledging alternative interpretations and accounts where they exist. Realizing Islam will doubtlessly serve as a foundation and model for many future studies of African and Islamic intellectual history." --African Studies Review

“Offering rich and original insights into the religious thought and self-perception of the Tijaniyya Sufi order, this is an outstanding contribution to the academic study of Sufism and eighteenth-century Islamic intellectual history. Realizing Islam will set a new standard in the field.”—Rüdiger Seesemann, University of Bayreuth

“One of today’s most important and influential Sufi orders and Islamic movements, Tijaniyya Sufism has become a major articulation of global Islam, yet studies about its epistemological foundations are few. This is where Realizing Islam comes in: this timely work is highly recommended as an excellent reference on, and introduction to, the Tijaniyya.”—Ousmane Oumar Kane, Harvard Divinity School 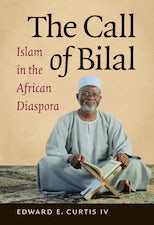