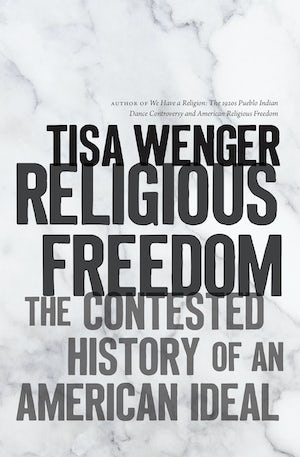 Religious freedom is so often presented as a timeless American ideal and an inalienable right, appearing fully formed at the founding of the United States. That is simply not so, Tisa Wenger contends in this sweeping and brilliantly argued book. Instead, American ideas about religious freedom were continually reinvented through a vibrant national discourse--Wenger calls it “religious freedom talk”--that cannot possibly be separated from the evolving politics of race and empire.

More often than not, Wenger demonstrates, religious freedom talk worked to privilege the dominant white Christian population. At the same time, a diverse array of minority groups at home and colonized people abroad invoked and reinterpreted this ideal to defend themselves and their ways of life. In so doing they posed sharp challenges to the racial and religious exclusions of American life. People of almost every religious stripe have argued, debated, negotiated, and brought into being an ideal called American religious freedom, subtly transforming their own identities and traditions in the process. In a post-9/11 world, Wenger reflects, public attention to religious freedom and its implications is as consequential as it has ever been.

Tisa Wenger, associate professor of American religious history at Yale University, is the author of We Have a Religion: The 1920s Pueblo Indian Dance Controversy and American Religious Freedom.
For more information about Tisa Wenger, visit the Author Page.

"A convincing and illuminating book about a little-studied facet of American religious history."--Publishers Weekly

“A breakthrough study that . . . disturbs comfortable myths . . . [Wenger’s] insights are highly relevant to an age in which religious freedom is once again claimed to support exemptions from anti-discrimination laws, as in the Masterpiece Cakeshop case currently pending in the Supreme Court.”--Sarah Barrringer Gordon, Jotwell: The Journal of Things We Like (Lots)

“Tisa Wenger’s Religious Freedom is so compelling that I wish there was more of it.”--Reading Religion

“Remarkably successful . . . explores an understudied chapter in the definition and deployment of religious freedom ideology and expands its study to a broad and engaging collection of individuals and communities.”--Journal of the History of Ideas

“Its sustained commitment to seeing race, religion, and empire as essential—and essentially intertwined—categories in American history marks it as among the most interesting and most urgent works in American religion today.”--Journal of the American Academy of Religion