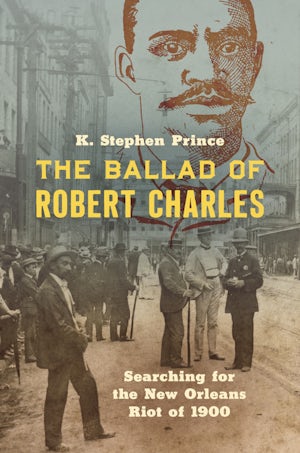 2022 President's Book Prize, Society for Historians of the Gilded Age and Progressive Era

Finalist, 2022 Association for the Study of African American Life and History Book Prize

For a brief moment in the summer of 1900, Robert Charles was arguably the most infamous black man in the United States. After an altercation with police on a New Orleans street, Charles killed two police officers and fled. During a manhunt that extended for days, violent white mobs roamed the city, assaulting African Americans and killing at least half a dozen. When authorities located Charles, he held off a crowd of thousands for hours before being shot to death. The notorious episode was reported nationwide; years later, fabled jazz pianist Jelly Roll Morton recalled memorializing Charles in song. Yet today, Charles is almost entirely invisible in the traditional historical record. So who was Robert Charles, really? An outlaw? A black freedom fighter? And how can we reconstruct his story?

In this fascinating work, K. Stephen Prince sheds fresh light on both the history of the Robert Charles riots and the practice of history-writing itself. He reveals evidence of intentional erasures, both in the ways the riot and its aftermath were chronicled and in the ways stories were silenced or purposefully obscured. But Prince also excavates long-hidden facts from the narratives passed down by white and black New Orleanians over more than a century. In so doing, he probes the possibilities and limitations of the historical imagination.

K. Stephen Prince is an associate professor of history at the University of South Florida. He is also author of Stories of the South: Race and the Reconstruction of Southern Identity, 1865-1915.
For more information about K. Stephen Prince, visit the Author Page.

“The Ballad of Robert Charles is something new; it forces its reader to reexamine the role of geography, memory, and silence in the project of writing the histories of populations muted by poverty and racism. And for that this work is not only interesting. It is vital.” --Criminal Law and Criminal Justice Books

“Prince meticulously recovers the history of Robert Charles, whose rebellion against police brutality, white terror, and the retreat from Reconstruction inspired a ‘song too dangerous to sing’ in the wake of the New Orleans Riot of 1900. The Ballad of Robert Charles is an engaging, accessible, must-read book that offers insights for our present national reckoning over race and policing.”--Hilary Green, University of Alabama

"The Ballad of Robert Charles is as much about the nature of historical inquiry as it is about the shocking race riot for which Robert Charles is known. It is smart and wonderfully written, brimming with fresh insights."--Lawrence N. Powell, Tulane University

“Prince treats the 1900 New Orleans Riot as a prism through which to explore the everyday and spectacular state-sponsored and extralegal violence plaguing Black lives at the dawn of the twentieth century. In doing so, Prince resurrects the ghosts of a disavowed past to speak to enduring problems of race and the right to the city.”--Shirley E. Thompson, University of Texas at Austin 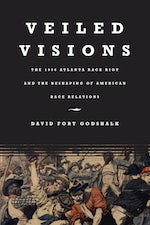