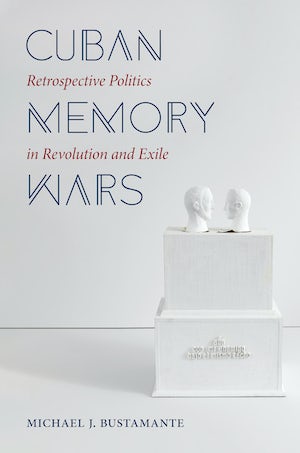 For many Cubans, Fidel Castro’s Revolution represented deliverance from a legacy of inequality and national disappointment. For others—especially those exiled in the United States—Cuba’s turn to socialism made the prerevolutionary period look like paradise lost. Michael J. Bustamante unsettles this familiar schism by excavating Cubans’ contested memories of the Revolution’s roots and results over its first twenty years. Cubans’ battles over the past, he argues, not only defied simple political divisions; they also helped shape the course of Cuban history itself. As the Revolution unfolded, the struggle over historical memory was triangulated among revolutionary leaders in Havana, expatriate organizations in Miami, and average Cuban citizens. All Cubans leveraged the past in individual ways, but personal memories also collided with the Cuban state’s efforts to institutionalize a singular version of the Revolution’s story.

Drawing on troves of archival materials, including visual media, Bustamante tracks the process of what he calls retrospective politics across the Florida Straits. In doing so, he drives Cuban history beyond the polarized vision seemingly set in stone today and raises the prospect of a more inclusive national narrative.

Michael J. Bustamante is associate professor of history and Emilio Bacardí Moreau Chair in Cuban and Cuban-American Studies at the University of Miami.

“In this readable work, Bustamante successfully highlights the diversity of opinion on and off the island, demonstrating the limitations of popular stereotypes. The macro-history he tells is well-known to cubanólogos, but his framing of the 1959–79 period recovers stories that are too-often obscured by the construction of political narratives.”—NACLA

“Michael Bustamante’s fascinating account of how Cuban history has been interpreted—and contested—by Cubans on and off the island underscores that Cubans have never fallen easily or naturally into just two ideological camps. This book provides a significant reevaluation of how Cubans came to understand the Castro era from their ever-changing political vantage points and why that matters today.”—Maria Cristina Garcia, author of The Refugee Challenge in Post–Cold War America

“Exploring how pivotal events in Cuban history since the Revolution have been narrated and interpreted by supporters and detractors of the revolutionary regime on both sides of the Straits of Florida, Michael Bustamante’s book will be welcomed by both general and academic readers.”—Maria de los Angeles Torres, author of In the Land of Mirrors: Cuban Exile Politics in the United States