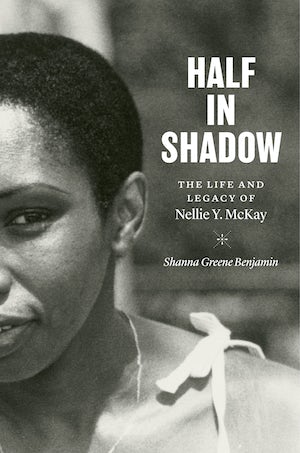 Nellie Y. McKay (1930–2006) was a pivotal figure in contemporary American letters. The author of several books, McKay is best known for coediting the canon-making Norton Anthology of African American Literature with Henry Louis Gates Jr., which helped secure a place for the scholarly study of Black writing that had been ignored by white academia. However, there is more to McKay’s life and legacy than her literary scholarship. After her passing, new details about McKay’s life emerged, surprising everyone who knew her. Why did McKay choose to hide so many details of her past? Shanna Greene Benjamin examines McKay’s path through the professoriate to learn about the strategies, sacrifices, and successes of contemporary Black women in the American academy. Benjamin shows that McKay’s secrecy was a necessary tactic that a Black, working-class woman had to employ to succeed in the white-dominated space of the American English department. Using extensive archives and personal correspondence, Benjamin brings together McKay’s private life and public work to expand how we think about Black literary history and the place of Black women in American culture.

“Half in Shadow is a significant contribution to the intersecting fields of African American and women’s studies and stands as a lasting tribute to a devoted mentor. Shanna Benjamin paints a compelling and convincing portrait of Nellie Y. McKay as a complex mentor, an ambitious single mother, and a discipline-defining scholar. The result is a fascinating exploration of a life told with sensitivity rather than sensation.”—Cherene Sherrard-Johnson, University of Wisconsin-Madison

“Shanna Benjamin has written the kind of book so many of us have longed to read: a history concerning Black women scholars who significantly shaped African American literary studies. The project highlights aspects of a scholar who was widely known yet remained Half in Shadow. Though this book primarily concentrates on a single person, we see the stakes in the field for women, especially Black women, in the academy. Benjamin does essential work here.”—Howard Rambsy, Southern Illinois University Edwardsville

“Shanna Benjamin's biography of Nellie McKay is a remarkable portrait of a Black feminist literary scholar who helped to craft the influential field of Black Women's Studies and made significant contributions to African American literary studies. Very compelling as well is Benjamin's unusual method, which weaves her own personal narrative as a literary scholar into the extraordinary, complex life of her former professor.”—Beverly Guy-Sheftall, Spelman College