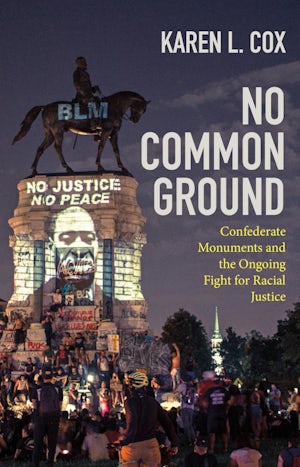 When it comes to Confederate monuments, there is no common ground. Polarizing debates over their meaning have intensified into legislative maneuvering to preserve the statues, legal battles to remove them, and rowdy crowds taking matters into their own hands. These conflicts have raged for well over a century--but they've never been as intense as they are today.

In this eye-opening narrative of the efforts to raise, preserve, protest, and remove Confederate monuments, Karen L. Cox depicts what these statues meant to those who erected them and how a movement arose to force a reckoning. She lucidly shows the forces that drove white southerners to construct beacons of white supremacy, as well as the ways that antimonument sentiment, largely stifled during the Jim Crow era, returned with the civil rights movement and gathered momentum in the decades after the Voting Rights Act of 1965. Monument defenders responded with gerrymandering and "heritage" laws intended to block efforts to remove these statues, but hard as they worked to preserve the Lost Cause vision of southern history, civil rights activists, Black elected officials, and movements of ordinary people fought harder to take the story back. Timely, accessible, and essential, No Common Ground is the story of the seemingly invincible stone sentinels that are just beginning to fall from their pedestals.

Karen L. Cox is professor of history at the University of North Carolina at Charlotte. Her other books include Dreaming of Dixie: How the South Was Created in American Popular Culture and Dixie's Daughters: The United Daughters of the Confederacy and the Preservation of Confederate Culture.
For more information about Karen L. Cox, visit the Author Page.

“Engrossing. . . . This clear and thorough account, essential for Southern libraries, is likely to become a standard reference work on its subject. . . . A well-documented history of Confederate monuments and the conflicting views they inspire.”—Kirkus Reviews

“In her superb contribution to the history of the South, Cox targets the massive influence of the United Daughters of the Confederacy on Southerners in the late 1890s and beyond, especially in the area of monument building. . . . An invaluable study of all-too-frequently misplaced genealogical and regional venerations. Highly recommended for U.S., antebellum, Civil War, African American, and Southern historians and scholars, and for all readers.”—Library Journal, starred review

“Essential...Cox, a preeminent scholar of how the South has sought to reimagine and portray itself in the years since the Civil War...tracks the origins and spread of the statues and clears up misconceptions about how these sculptures came to liberally pepper our landscape...It is a robust accounting that links spikes in statue building to periods when White Southerners perceived threats to their control over institutions and wanted to reassert their dominance...To read this book is to be reminded again that the history of Confederate Statues is not ancient, nor even old." —Washington Post

“To many Americans, the heated debates over Confederate monuments might seem new. But Karen L. Cox, a leading historian of Confederate memory, reminds us in No Common Ground, her brief, excellent overview of Confederate monument history, that these statues have been hotly contested since their inception. Through a swift survey of news reports, speeches, pamphlets, and legislative debates, she shows that in the minds of their Southern white creators and to Black communities, these monuments “have always been attached to the cause of slavery and white supremacy.”—The New Republic

“When UNC created the Ferris and Ferris imprint (of which No Common Ground is one of the first books published), it aimed to create “high-profile, general-interest books about the American South” and this book fits the bill perfectly. Well researched and with clear prose, the book was a pleasure to read...Illustrated with rarely seen pictures of Confederate monuments as points of social conflict, the book is an easy-to-read introduction to the battles over monuments that continue around America—and indeed the world—to this day.”—Black Perspectives

"The definitive history of Confederate monuments and their surrounding controversies…. a masterful public-history analysis.” —Rebecca Brenner Graham, The Society for U.S. Intellectual History 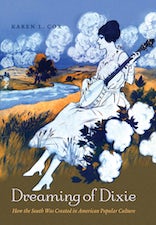