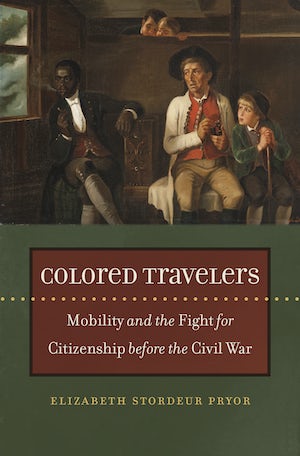 To purchase online via an independent bookstore, visit Bookshop.org
Americans have long regarded the freedom of travel a central tenet of citizenship. Yet, in the United States, freedom of movement has historically been a right reserved for whites. In this book, Elizabeth Stordeur Pryor shows that African Americans fought obstructions to their mobility over 100 years before Rosa Parks refused to give up her seat on a Montgomery bus. These were “colored travelers,” activists who relied on steamships, stagecoaches, and railroads to expand their networks and to fight slavery and racism. They refused to ride in "Jim Crow" railroad cars, fought for the right to hold a U.S. passport (and citizenship), and during their transatlantic voyages, demonstrated their radical abolitionism. By focusing on the myriad strategies of black protest, including the assertions of gendered freedom and citizenship, this book tells the story of how the basic act of traveling emerged as a front line in the battle for African American equal rights before the Civil War.

Drawing on exhaustive research from U.S. and British newspapers, journals, narratives, and letters, as well as firsthand accounts of such figures as Frederick Douglass, Harriet Jacobs, and William Wells Brown, Pryor illustrates how, in the quest for citizenship, colored travelers constructed ideas about respectability and challenged racist ideologies that made black mobility a crime.

“Contains an unprecedentedly rich trove of evidence about black people’s experiences and understandings of travel before the Civil War.”--New England Quarterly

"Proves once again that there is absolutely no break in American history from before America's founding to the present day when it comes to Civil War and Civil Rights."--Salvatore Cilella, Civil War News

"[A] seminal work. . . . An original contribution to historiography of the 19th century, this work will engage everyone from legal scholars to general readers, and is especially recommended to those interested in the antebellum era and African American history."--Library Journal, Starred Review

“The book’s strength is its comprehension of the civic component of these prolonged public travails. Highly recommended.”--Choice

“Offers meaningful insights and an original analysis regarding the precariousness of black movement—a topic relevant to Americans in the twenty-first century.”--Journal of Southern History

“Pryor argues persuasively that the abusive and discriminatory treatment meted out to African Americans in the “free” North was more about subordination than it was about blackness.”--The Journal of American History 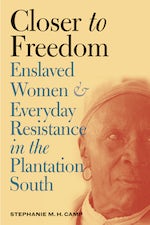