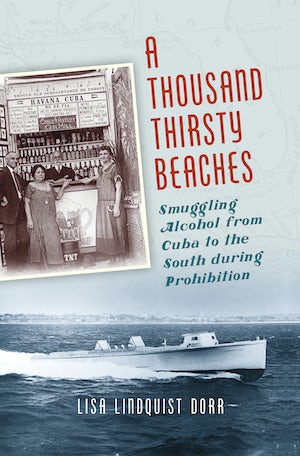 Lisa Lindquist Dorr tells the story of the vast smuggling network that brought high-end distilled spirits and, eventually, other cargoes (including undocumented immigrants) from Great Britain and Europe through Cuba to the United States between 1920 and the end of Prohibition. Because of their proximity to liquor-exporting islands, the numerous beaches along the southern coast presented ideal landing points for smugglers and distribution points for their supply networks. From the warehouses of liquor wholesalers in Havana to the decks of rum runners to transportation networks heading northward, Dorr explores these operations, from the people who ran the trade to the determined efforts of the U.S. Coast Guard and other law enforcement agencies to stop liquor traffic on the high seas, in Cuba, and in southern communities. In the process, she shows the role smuggling played in creating a more transnational, enterprising, and modern South.

Lisa Lindquist Dorr is professor of history at the University of Alabama and author of White Women, Rape, and the Power of Race in Virginia, 1900–1960.
For more information about Lisa Lindquist Dorr, visit the Author Page.

“Examines liquor smuggling, consumption, and law enforcement in the US South during Prohibition . . . . An insightful study.”--H-Net Reviews

“A Thousand Thirsty Beaches provides excellent context for anyone—student or scholar—looking to understand the complicated processes of illicit and licit trade connecting the United States with the Caribbean.”--New West Indian Guide

“Throws open our geographic understanding of Prohibition in the American South by constructing a transnational narrative of liquor smugglers and the cat-and-mouse game of federal enforcement that followed them in the United States. . . . Dorr not only captures how Prohibition functioned in the South, but she also reveals the many ways it transformed the South, the United States, and much of American foreign policy.”--Journal of Southern History

"Dorr's book is unique, surprising, well written, and thoroughly researched. It broadens the history of southern alcohol use into the Caribbean, details the complications and frustrations of enforcement, and builds a broad narrative."--Ted Ownby, University of Mississippi

"Dorr reveals aspects of Prohibition enforcement that have not been explored before. The book is richly and deeply researched."--Lisa McGirr, Harvard University 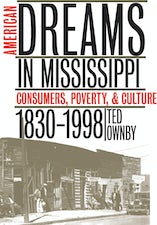