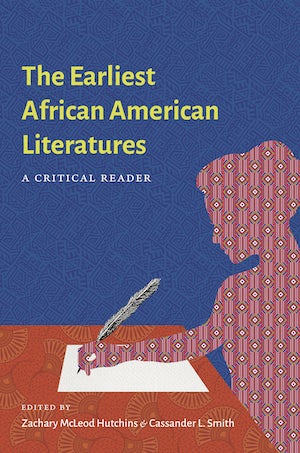 With the publication of the 1619 Project by The New York Times in 2019, a growing number of Americans have become aware that Africans arrived in North America before the Pilgrims. Yet the stories of these Africans and their first descendants remain ephemeral and inaccessible for both the general public and educators. This groundbreaking collection of thirty-eight biographical and autobiographical texts chronicles the lives of literary black Africans in British colonial America from 1643 to 1760 and offers new strategies for identifying and interpreting the presence of black Africans in this early period. Brief introductions preceding each text provide historical context and genre-specific interpretive prompts to foreground their significance. Included here are transcriptions from manuscript sources and colonial newspapers as well as forgotten texts. The Earliest African American Literatures will change the way that students and scholars conceive of early American literature and the role of black Africans in the formation of that literature.

"This compelling volume brings together a rich archive of typically inaccessible texts that offer representations of voices that traditional archives have often overlooked. In challenging prior assumptions about early African American literary traditions, this collection not only highlights the value of further study and analysis but also facilitates new perspectives on the intriguing formal and aesthetic engagements of these foundational texts."--Nicole N. Aljoe, Northeastern University

"This volume is an important addition to our record of African American print culture. The editors have a good sense of the need to assemble a fragmented record and to read from different angles to get a sense of people and perspectives otherwise obscured or misrepresented. The scholarship in the introduction is sound, the argument engaging, the historical and cultural background thoughtful and purposeful. The headnotes for the texts are expertly prepared and useful for the reader, and the texts themselves provide not just a productive challenge but also a series of object lessons in the recovery of African American history and literature. We get glimpses here of rhetorical moves developed to speak beyond what one is allowed to say, modes of representation that extend beyond the conditions defining one's public image, and textual gestures that extend beyond the conventions of the text."--John Ernest, University of Delaware