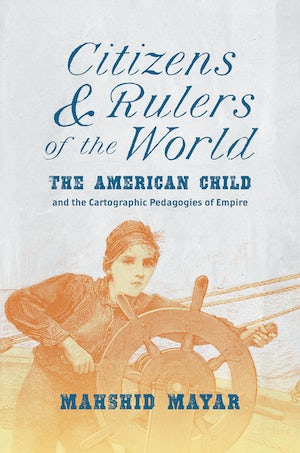 By delving into the complex, cross-generational exchanges that characterize any political project as rampant as empire, this thought-provoking study focuses on children and their ambivalent, intimate relationships with maps and practices of mapping at the dawn of the “American Century.” Considering children as students, map and puzzle makers, letter writers, and playmates, Mahshid Mayar interrogates the ways turn-of-the-century American children encountered, made sense of, and produced spatial narratives and cognitive maps of the United States and the world. Mayar further probes how children’s diverse patterns of consuming, relating to, and appropriating the “truths” that maps represent turned cartography into a site of personal and political contention.

To investigate where in the world the United States imagined itself at the end of the nineteenth century, this book calls for new modes of mapping the United States as it studies the nation on regional, hemispheric, and global scales. By examining the multilayered liaison between imperial pedagogy and geopolitical literacy across a wide range of archival evidence, Mayar delivers a careful microhistorical study of U.S. empire.

“A lively and ambitious project. Mayar marshals an amazing untapped body of evidence that complicates current (and older) assumptions about childhood, education, and the roles of nationalism and imperialism at the turn of the twentieth century.”—Martin Brückner, University of Delaware

“Mayar memorably evokes the world as children of the late nineteenth and early twentieth century encountered it in geographical books, games, and puzzles. Her observations on maps and play will change the way readers think about geopolitical power. This exemplary study will be received with enthusiasm in the fields of American studies, childhood studies, and related disciplines.”—Nathalie op de Beeck, Pacific Lutheran University 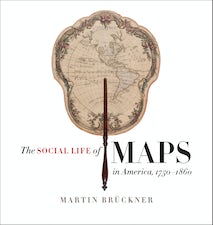