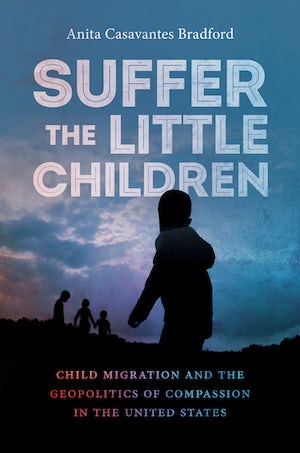 In this affecting and innovative global history—starting with the European children who fled the perils of World War II and ending with the Central American children who arrive every day at the U.Sthis. southern border—Anita Casavantes Bradford traces the evolution of American policy toward unaccompanied children. At first a series of ad hoc Cold War–era initiatives, such policy grew into a more broadly conceived set of programs that claim universal humanitarian goals. But the cold reality is that decisions about which endangered minors are allowed entry to the United States have always been and continue to be driven primarily by a “geopolitics of compassion” that imagines these children essentially as tools of political statecraft.

Even after the creation of the Unaccompanied Refugee Minors program in 1980, the federal government has failed to see migrant children as individual rights-bearing subjects. The claims of these children, especially those who are poor, nonwhite, and non-Christian, continue to be evaluated not in terms of their unique circumstances but rather in terms of broader implications for migratory flows from their homelands. This book urgently demonstrates that U.S. policy must evolve in order to ameliorate the desperate needs of unaccompanied children.

Anita Casavantes Bradford, author of The Revolution Is for the Children: The Politics of Childhood in Havana and Miami, 1959-1962, is associate professor of Chicano/Latino studies and history at the University of California, Irvine.

“Suffer the Little Children is a historical marvel and a tour de force of scholarship. The scope is unmatched, offering a comprehensive, fine-grained analysis of the foreign and domestic policy context for unaccompanied children’s programs. The book’s transnational, comparative, and relational approach provides crucial new insights on how unaccompanied child migrants were consistently treated as extensions of their parents, communities, and home nations.”— Yến Lê Espiritu, author of Body Counts: The Vietnam War and Militarized Refuge(es)

“Breaking new ground, Anita Casavantes Bradford chronicles how, for close to a century, domestic politics and foreign policy considerations have shaped U.S. policies, laws, and commitments toward unaccompanied child migrants. This book is timely for a number of reasons, most obviously because of the arrival in the United States in recent years of unaccompanied minors from Central America and Mexico and the political debates that this has ignited—an outcome predicted in this history.”—Carl Bon Tempo, author of Americans at the Gate: The United States and Refugees during the Cold War 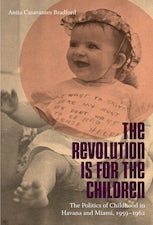