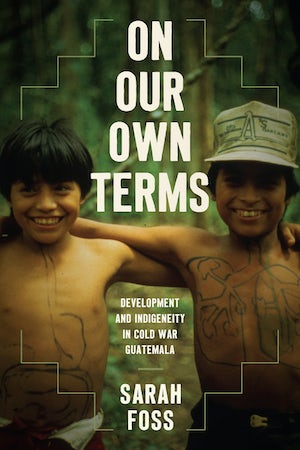 During the Cold War, U.S. intervention in Latin American politics, economics, and society grew in scope and complexity, with diplomatic legacies evident in today's hemispheric policies. Development became a key form of intervention as government officials and experts from the United States and Latin America believed that development could foster hemispheric solidarity and security. In parts of Latin America, its implementation was especially intricate because recipients of these programs were diverse Indigenous peoples with their own politics, economics, and cultures. Contrary to project planners' expectations, Indigenous beneficiaries were not passive recipients but actively engaged with development interventions and, in the process, redefined racialized ideas about Indigeneity.

Sarah Foss illustrates how this process transpired in Cold War Guatemala, spanning democratic revolution, military coups, and genocidal civil war. Drawing on previously unused sources such as oral histories, anthropologists' field notes, military records, municipal and personal archives, and a private photograph collection, Foss analyzes the uses and consequences of development and its relationship to ideas about race from multiple perspectives, emphasizing its historical significance as a form of intervention during the Cold War.

"Foss offers a crucial window into twentieth-century Guatemalan history and the Latin American Cold War and sheds new light on the continuities and discontinuities in imaginations of citizenship, modernization, and nation."—Julie Gibbings, author of Our Time Is Now: Race and Modernity in Postcolonial Guatemala

"Adroit, adept, and rooted in the daily experiences of Indigenous and ladino actors who implemented or were otherwise engaged with aid projects and programs, this will be an oft-cited book in the scholarly literature on postcolonial Guatemala and the effects of development and modernization more broadly."—David Carey Jr., author of I Ask for Justice: Maya Women, Dictators, and Crime in Guatemala, 1898–1944