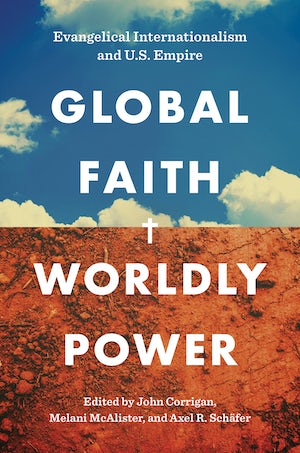 Assessing the grand American evangelical missionary venture to convert the world, this international group of leading scholars reveals how theological imperatives have intersected with worldly imaginaries from the nineteenth century to the present. Countering the stubborn notion that conservative Protestant groups have steadfastly maintained their distance from governmental and economic affairs, these experts show how believers' ambitious investments in missionizing and humanitarianism have connected with worldly matters of empire, the Cold War, foreign policy, and neoliberalism. They show, too, how evangelicals' international activism redefined the content and the boundaries of the movement itself. As evangelical voices from Africa, Asia, and Latin America became more vocal and assertive, U.S. evangelicals took on more pluralistic, multidirectional identities not only abroad but also back home. Applying this international perspective to the history of American evangelicalism radically changes how we understand the development and influence of evangelicalism, and of globalizing religion more broadly.

Axel R. Schäfer is professor of U.S. history at the Obama Institute for Transnational American Studies at the University of Mainz, Germany.
For more information about Axel R. Schäfer, visit the Author Page.

"In foregrounding international forms of evangelicalism, this volume delivers thought-provoking visions of how the faith tradition’s domestic manifestations might take inspiration from global communities and reckon with the darker episodes in its history. Scholars of American religion should take note."—Publishers Weekly

"This excellent volume stands out for its global breadth, for capturing the diversity of U.S.-global evangelicalism, and for strikingly relating religious history to the key themes framing the volume: empire, the Cold War, neoliberalism, and humanitarianism. A genuinely thought-provoking work, it will also make the perfect addition to courses in the field of transnational religious history."—Uta Balbier, author of Altar Call in Europe: Billy Graham, Mass Evangelism, and the Cold-War West

"By situating American evangelicalism in a transnational frame, Global Faith, Worldly Power offers a significantly more complex picture of the movement, highlighting its racial, geographic, and political diversity. The book shows how evangelical investments at home and abroad have influenced U.S. foreign affairs, impacted local Christian communities in other parts of the world, and reshaped evangelical constituents domestically over the past two hundred years."—Heather D. Curtis, author of Holy Humanitarians: American Evangelicals and Global Aid