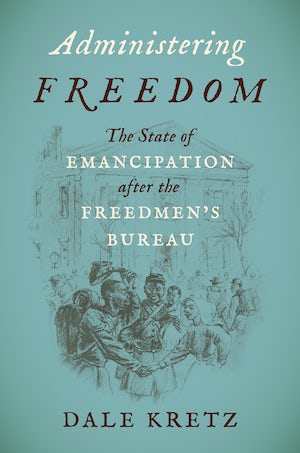 This book offers the definitive history of how formerly enslaved men and women pursued federal benefits from the Civil War to the New Deal and, in the process, transformed themselves from a stateless people into documented citizens. As claimants, Black southerners engaged an array of federal agencies. Their encounters with the more familiar Freedmen's Bureau and Pension Bureau are presented here in a striking new light, while their struggles with the long-forgotten Freedmen's Branch appear in this study for the very first time.

Based on extensive archival research in rarely used collections, Dale Kretz uncovers surprising stories of political mobilization among tens of thousands of Black claimants for military bounties, back payments, and pensions, finding victories in an unlikely place: the federal bureaucracy. As newly freed, rights-bearing citizens, they negotiated issues of slavery, identity, family, loyalty, dependency, and disability, all within an increasingly complex and rapidly expanding federal administrative state—at once a lifeline to countless Black families and a mainline to a new liberal order.

Dale Kretz received his PhD from Washington University in St. Louis and worked as a history professor for five years before leaving academia to become a labor representative. He lives in Los Angeles with his family.
For more information about Dale Kretz, visit the Author Page.

"An incredible story of the attempts to devise collective solutions to problems left by the demise of slavery and how those problems were instead dealt with in a piecemeal way. Filled with novel source material and archival research, Administering Freedom is a staple book for anyone teaching African American history and histories of the American South."—Bruce Baker, coeditor of After Slavery: Race, Labor, and Citizenship in the Reconstruction South

"A remarkable achievement and invaluable contribution to the study of emancipation, Reconstruction, and citizenship. Kretz has crafted cohesive story out of many varied histories, weaving together the narratives of former slaves' encounters with federal government agencies and drawing a clear line from the Freedmen's Bureau to the Social Security Act of 1935."—Elizabeth Regosin, author of Freedom's Promise: Ex-Slave Families and Citizenship in the Age of Emancipation 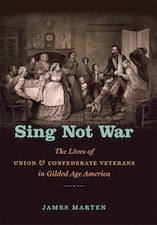