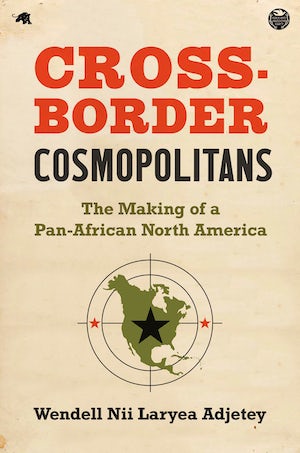 Twentieth-century African American history cannot be told without accounting for the significant influence of Pan-African thought, just as the story of U.S. policy from 1900 to 2000 cannot be told without accounting for fears of an African World. In the early 1900s, Marcus Garvey and his followers perceived the North American mainland, particularly Canada following U.S. authorities' deportation of Garvey to Jamaica, as a forward-operating base from which to liberate the Black masses from colonialism. After World War II, Vietnam War resisters, Black Panthers, and Caribbean students joined the throngs of cross-border migrants. In time, as urban uprisings proliferated in northern U.S. cities, the prospect of coalitions among the Black Power, Red Power, and Quebecois Power movements inspired U.S. and Canadian intelligence services to collaborate, infiltrate, and sabotage Black organizations across North America. Assassinations of "Black messiahs" further radicalized revolutionaries, rekindling the dream for an African World from Washington, D.C., to Toronto to San Francisco to Antigua to Grenada and back to Africa. Alarmed, Washington's national security elites invoked the Cold War as the reason to counter the triangulation of Black Power in the Atlantic World, funneling arms clandestinely from the United States and Canada to the Caribbean and then to its proxies in southern Africa.

By contending that twentieth-century global Black liberation movements began within the U.S.-Canadian borderlands as cross-border, continental struggles, Cross-Border Cosmopolitans reveals the revolutionary legacies of the Underground Railroad and America's Great Migration and the hemispheric and transatlantic dimensions of this history.

"Wendell Nii Laryea Adjetey's Cross-Border Cosmopolitans: The Making of a Pan-African North America is an impressive study of Pan-Africanism and the Black Power movement in twentieth-century North America. Adjetey succeeds in placing African Canadians, West Indians, and African Americans into a single frame of analysis, as he demonstrates the ways in which developments in North America, the Caribbean, and South Africa were multidirectional in impact and consequence. A signal achievement, Cross-Border Cosmopolitans is as welcome as it is sorely needed."—Michael Gomez, New York University

"Stressing transborder mobility as an enduring characteristic of Black life in the borderland nexus of Canada and the United States, Adjetey deftly argues that Black people's transborder movements engendered a kind of 'interspatial citizenship' that reflected a lasting search for security, belonging, and a sense of home. A fascinating and original examination of the transnational orientation and border-crossing practices of 'African North Americans' in the long twentieth century."—Russell Rickford, author of We Are an African People: Independent Education, Black Power, and the Radical Imagination

"This powerful book pays a deserving homage to the architects of and transnational actors in the imagination and pursuit of a collective Black world in the complicated affairs of the twentieth century, revealing with clarity and eloquence the depth of activism and the seriousness of struggles to confront domination, exploitation, and colonization. The far-reaching impact of movements, migrations, and border crossings are cogently analyzed to provide the context for understanding vibrant organizations that demanded freedom, justice, and liberation."—Toyin Falola, the University of Texas at Austin

“A stellar work of global diasporic Black history that tells a new story about how American-born people of African descent, as well as Caribbean Black immigrants, forged both a Pan-African movement and a Pan-African community in English North America along the Canadian-U.S. border.”—Joe William Trotter Jr., author of Workers on Arrival: Black Labor in the Making of America