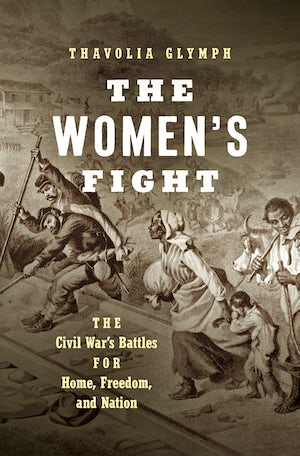 Historians of the Civil War often speak of "wars within a war"—the military fight, wartime struggles on the home front, and the political and moral battle to preserve the Union and end slavery. In this broadly conceived book, Thavolia Glymph provides a comprehensive new history of women's roles and lives in the Civil War—North and South, white and black, slave and free—showing how women were essentially and fully engaged in all three arenas. Glymph focuses on the ideas and ideologies that drove women's actions, allegiances, and politics. We encounter women as they stood their ground, moved into each other's territory, sought and found common ground, and fought for vastly different principles. Some women used all the tools and powers they could muster to prevent the radical transformations the war increasingly imposed, some fought with equal might for the same transformations, and other women fought simply to keep the war at bay as they waited for their husbands and sons to return home.

Glymph shows how the Civil War exposed as never before the nation's fault lines, not just along race and class lines but also along the ragged boundaries of gender. However, Glymph makes clear that women's experiences were not new to the mid-nineteenth century; rather, many of them drew on memories of previous conflicts, like the American Revolution and the War of 1812, to make sense of the Civil War's disorder and death.

"By telling the important, yet often-overlooked story of how enslaved women fought for their rights, and how white women often upheld the status quo, Glymph has written a much-needed account of Civil War historiography."—Library Journal

"Glymph adds to the important new work being conducted on how the war influenced many different groups of refugees and the specific issues they faced. Throughout the volume, she illuminates neglected narratives and provides suggestions on possible subjects for future studies about the lives of women during the era."—H-Net Reviews

"Glymph's study complicates and adds nuance to our picture of women's wartime struggles. The obstacles they faced were as multifaceted and individual as their personalities. Glymph has surpassed previous historians in bringing the individual experiences, contributions, and views of her female subjects, elite and poor, black and white, Northern and Southern, to light."—North Carolina Historical Review

"Glymph creates a new narrative about women in the war—across race, class, and regional boundaries—by challenging the battlefield/home front divide. . . . This book is a vital contribution to the scholarship on the Civil War because it does not merely illuminate the experiences of diverse groups of women; it also uses that evidence to transform our understanding of the Civil War (and perhaps war) itself."—The Annals of Iowa

"Broadly considered, this publication deepens the scholarship illustrating the depth of military policy on women, from auxiliary roles to all areas of service today."—Choice Reviews

"A great strength of Glymph's account is her comparisons across class, racial, and regional lines . . . a powerful interpretation backed by a superb understanding of the sources and the literature."—New England Quarterly 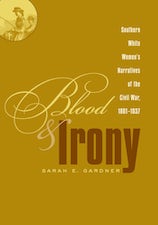