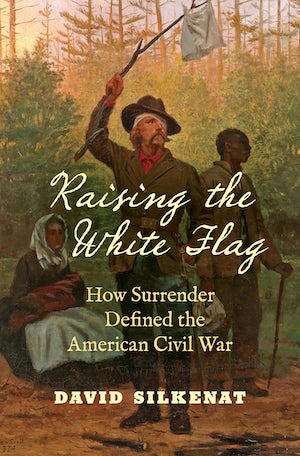 The American Civil War began with a laying down of arms by Union troops at Fort Sumter, and it ended with a series of surrenders, most famously at Appomattox Courthouse. But in the intervening four years, both Union and Confederate forces surrendered en masse on scores of other occasions. Indeed, roughly one out of every four soldiers surrendered at some point during the conflict. In no other American war did surrender happen so frequently.

David Silkenat here provides the first comprehensive study of Civil War surrender, focusing on the conflicting social, political, and cultural meanings of the action. Looking at the conflict from the perspective of men who surrendered, Silkenat creates new avenues to understand prisoners of war, fighting by Confederate guerillas, the role of southern Unionists, and the experiences of African American soldiers. The experience of surrender also sheds valuable light on the culture of honor, the experience of combat, and the laws of war.

David Silkenat is senior lecturer of American history at the University of Edinburgh.
For more information about David Silkenat, visit the Author Page.

"Some 25 percent of Civil War soldiers surrendered at one time or another in the course of the war. Silkenat offers the first systematic study of this common Civil War experience."—Choice Reviews

"Raising the White Flag provides a fresh perspective on the Civil War that should keep readers turning its pages."—The Journal of America's Military Past

"The best parts of the book are the excellent descriptions of numerous surrenders that we have all heard of but few . . . know very much about."—Civil War News

"Silkenat's book is a welcome addition to Civil War historiography, as it converses with a thriving field on civilized warfare. Silkenat shows that while the war had horrifying episodes, soldiers and their commanders' desire to fight a civilized, humane war limited the conflict."—H-Net Reviews

"David Silkenat's dazzling new book is the first sustained treatment of surrender, a phenomenon that punctuated the Civil War from Fort Sumter to Appomattox and beyond. . . . Engaging, wide-ranging, and thoroughly original. . . . Prepare to revise your lecture notes."—Journal of Southern History

"In the course of his excellent study, [Silkenat] marshals ample evidence to support what at first seems a contradictory proposition. While observing that the Civil War was the deadliest conflict in American history, he also notes that in no other American war did surrender happen so often."—North Carolina Historical Review 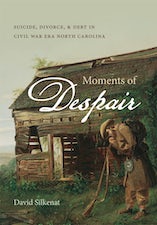