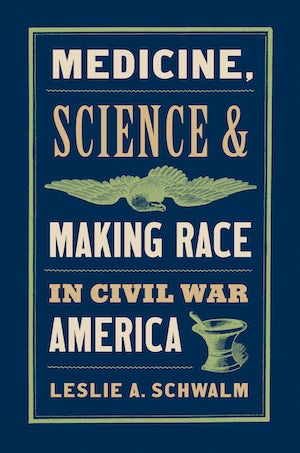 This social and cultural history of Civil War medicine and science sheds important light on the question of why and how anti-Black racism survived the destruction of slavery. During the war, white Northerners promoted ideas about Black inferiority under the guise of medical and scientific authority. In particular, the Sanitary Commission and Army medical personnel conducted wartime research aimed at proving Black medical and biological inferiority. They not only subjected Black soldiers and refugees from slavery to substandard health care but also scrutinized them as objects of study. This mistreatment of Black soldiers and civilians extended after life to include dissection, dismemberment, and disposal of the Black war dead in unmarked or mass graves and medical waste pits. Simultaneously, white medical and scientific investigators enhanced their professional standing by establishing their authority on the science of racial difference and hierarchy.

Drawing on archives of the U.S. Sanitary Commission, recollections of Civil War soldiers and medical workers, and testimonies from Black Americans, Leslie A. Schwalm exposes the racist ideas and practices that shaped wartime medicine and science. Painstakingly researched and accessibly written, this book helps readers understand the persistence of anti-Black racism and health disparities during and after the war.

Leslie A. Schwalm is Emeritus professor of history at the University of Iowa. Her previous books include Emancipation's Diaspora: Race and Reconstruction in the Upper Midwest.
For more information about Leslie A. Schwalm, visit the Author Page.

"This powerfully written book exposes the construction of institutional racism that saturated medicine and health care before, during, and after the Civil War. Content rich and compellingly argued, Schwalm's book challenges students of the war era to confront the subterranean depths of racial apartheid that continue to imperil the national health today."—Jane E. Schultz, Indiana University-Purdue University Indianapolis 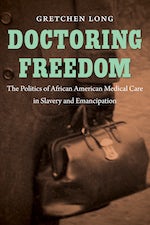 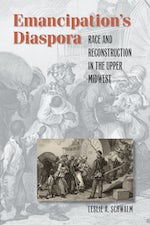