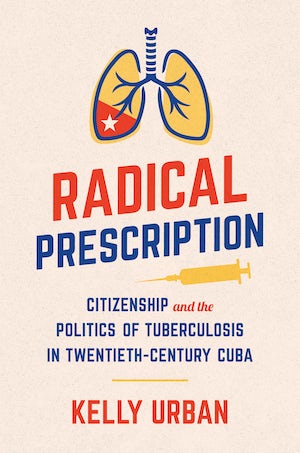 Extinguishing a public health threat is difficult under any condition, let alone during a sweeping national revolution. In this first comprehensive study of tuberculosis in modern Cuba, Kelly Urban analyzes the medical, social, and governmental responses to the highly contagious disease as the island was heading into and emerging from the Revolution of 1959, providing a window onto broad questions of citizens' rights, biomedicine and public health, and political change.

Drawing on a diverse range of sources revealing the perspectives of those at the center of power and those on the margins, Urban finds that the Cuban republican state intervened to confront the tuberculosis problem only after coming under intense grassroots pressure. Cuban citizens forged an activist political subculture around tuberculosis, rejecting discourses that blamed the sick for their own illness. This loose coalition of sanatorium patients, tenement dwellers, black public intellectuals, labor organizers, and reform-minded physicians won entitlements to state health care and pressed for other social rights that influenced health. Their critiques of the state’s politicized and inefficient tuberculosis program contributed to the declining legitimacy of the Batista government, helping to spur the Revolution and an innovative restructuring of the public health system.

Kelly Urban is assistant professor of history at the University of South Alabama.
For more information about Kelly Urban, visit the Author Page.

"An insightful and engaging examination of popular and patient pressures on the state and medical establishment over the long history of tuberculosis treatment in Cuba. I learned a great deal from this judicious and imaginatively researched study. Excellent, accessibly written work and a pleasure to read."—Jennifer L. Lambe, Brown University

"In this compelling sociocultural history of tuberculosis in modern Cuba, Kelly Urban provides a renovated perspective on the importance of public health in the broader process of state formation. The attention to the role of patients in shaping state answers to tuberculosis is particularly notable, and the discussion of hygienic citizenship is provocative and innovative. An engaging and convincing contribution to the history of disease in modern Latin America."—Diego Armus, Swarthmore College 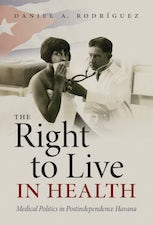