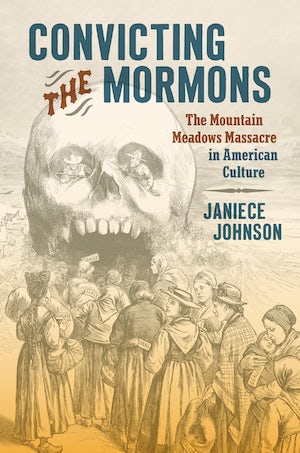 To purchase online via an independent bookstore, visit Bookshop.org
On September 11, 1857, a small band of Mormons led by John D. Lee massacred an emigrant train of men, women, and children heading west at Mountain Meadows, Utah. News of the Mountain Meadows Massacre, as it became known, sent shockwaves through the western frontier of the United States, reaching the nation's capital and eventually crossing the Atlantic. In the years prior to the massacre, Americans dubbed the Church of Jesus Christ of Latter-day Saints the "Mormon problem" as it garnered national attention for its "unusual" theocracy and practice of polygamy. In the aftermath of the massacre, many Americans viewed Mormonism as a real religious and physical threat to white civilization. Putting the Mormon Church on trial for its crimes against American purity became more important than prosecuting those responsible for the slaughter.

"This book is fantastic! Rather than retreading the specifics of the Mountain Meadows Massacre itself, Johnson is concerned with what the event became in popular consciousness—making her study unique and refreshing. It makes a significant contribution to the fields of Mormon studies, nineteenth-century American history, and American religious studies."—Elizabeth Fenton, University of Vermont 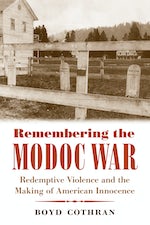