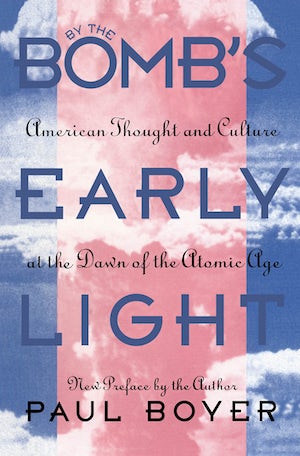 Originally published in 1985, By the Bomb's Early Light is the first book to explore the cultural 'fallout' in America during the early years of the atomic age. Paul Boyer argues that the major aspects of the long-running debates about nuclear armament and disarmament developed and took shape soon after the bombing of Hiroshima.

The book is based on a wide range of sources, including cartoons, opinion polls, radio programs, movies, literature, song lyrics, slang, and interviews with leading opinion-makers of the time. Through these materials, Boyer shows the surprising and profoundly disturbing ways in which the bomb quickly and totally penetrated the fabric of American life, from the chillingly prophetic forecasts of observers like Lewis Mumford to the Hollywood starlet who launched her career as the 'anatomic bomb.'

In a new preface, Boyer discusses recent changes in nuclear politics and attitudes toward the nuclear age.

Paul Boyer is Merle Curti Professor of History and director of the Institute for Research in the Humanities at the University of Wisconsin-Madison. His books include When Time Shall Be No More: Prophecy Belief in Modern American Culture.
For more information about Paul Boyer, visit the Author Page.