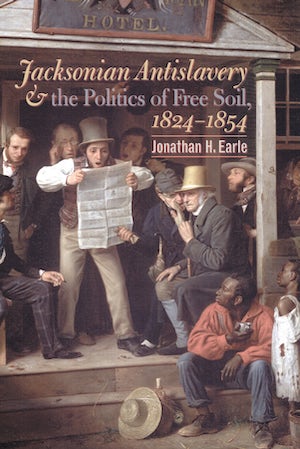 Taking our understanding of political antislavery into largely unexplored terrain, Jonathan H. Earle counters conventional wisdom and standard historical interpretations that view the ascendance of free-soil ideas within the antislavery movement as an explicit retreat from the goals of emancipation or even as an essentially proslavery ideology. These claims, he notes, fail to explain free soil's real contributions to the antislavery cause: its incorporation of Jacksonian ideas about property and political equality and its transformation of a struggling crusade into a mass political movement.

Democratic free soilers' views on race occupied a wide spectrum, but they were able to fashion new and vital arguments against slavery and its expansion based on the party's long-standing commitment to egalitarianism and hostility to centralized power. Linking their antislavery stance to a land-reform agenda that pressed for free land for poor settlers in addition to land free of slavery, Free Soil Democrats forced major political realignments in New York, New Hampshire, Massachusetts, and Ohio. Democratic politicians such as David Wilmot, Marcus Morton, John Parker Hale, and even former president Martin Van Buren were transformed into antislavery leaders. As Earle shows, these political changes at the local, state, and national levels greatly intensified the looming sectional crisis and paved the way for the Civil War.

Jonathan H. Earle is associate professor of history at the University of Kansas and author of the Routledge Atlas of African American History.
For more information about Jonathan H. Earle, visit the Author Page.

"Provides fresh readings of new or underused evidence to make the case that Democratic free soilers were an essential part of the coalition that helped root out slavery in North America."--Historical New Hampshire

"Provides a welcome and path-breaking look at the origins of the Free-Soil movement and its significant influence on the political realignments of the late 1840s and 1850s. . . . A finely crafted work, carefully weaving together biographies and events at the state and national levels in an engaging and accessible narrative. It makes a strong argument to all students of American political history that antislavery Jacksonians were pivotal figures in bringing about the ultimate destruction of southern slavery."--North Carolina Historical Review

"Earle writes with style and vigor in an engaging narrative approach."--Journal of American History

"Jonathan Earle revises the revisionists in this lucid and well-argued demonstration of the vital Jacksonian contribution to the abolition of slavery. Jacksonian Antislavery enriches the literature of the age of Jackson."--Arthur Schlesinger Jr.

"In this first-rate, path-breaking book, Jonathan Earle engages familiar literature and, much to his credit, takes our understanding of political antislavery into unexplored terrain. He shows persuasively that Free Soil Democrats stood apart from other antislavery activists whose reformist agenda was both broader and infused with evangelical uplift. He illuminates a largely ignored dimension of the Free Soil and Republican parties and, in the process, enriches our understanding of the sectional crisis."--Michael A. Morrison, Purdue University 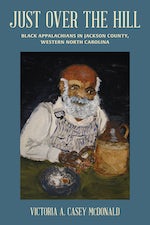