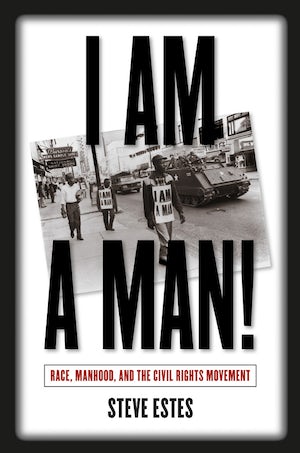 The civil rights movement was first and foremost a struggle for racial equality, but questions of gender lay deeply embedded within this struggle. Steve Estes explores key groups, leaders, and events in the movement to understand how activists used race and manhood to articulate their visions of what American society should be.

Estes demonstrates that, at crucial turning points in the movement, both segregationists and civil rights activists harnessed masculinist rhetoric, tapping into implicit assumptions about race, gender, and sexuality. Estes begins with an analysis of the role of black men in World War II and then examines the segregationists, who demonized black male sexuality and galvanized white men behind the ideal of southern honor. He then explores the militant new models of manhood espoused by civil rights activists such as Malcolm X and Martin Luther King Jr., and groups such as the Nation of Islam, the Student Nonviolent Coordinating Committee, and the Black Panther Party.

Reliance on masculinist organizing strategies had both positive and negative consequences, Estes concludes. Tracing these strategies from the integration of the U.S. military in the 1940s through the Million Man March in the 1990s, he shows that masculinism rallied men to action but left unchallenged many of the patriarchal assumptions that underlay American society.

"A fresh approach that extends and deepens our understanding of the Civil Rights Movement by allowing us to see it through the gendered lens of masculinist rhetoric and tactics."--Southern Cultures

"Estes has produced an important and lively contribution to the literature on gender and the Civil Rights Movement…. Estes takes a fresh approach to his topic that any civil rights historian will welcome…. Highly recommended"--Choice

“I Am a Man! stands as a fascinating journey through the race and gender conflicts of the mid-twentieth-century United States and is a welcome addition to the historiography of civil rights.”--H-South

“A well-conceptualized and engagingly written narrative study. . . . It provides an insightful overview of manhood and the movement in one volume.”--The Journal of American History

"Estes has introduced manhood back into the literature without reifying the concept."--Southern Historian