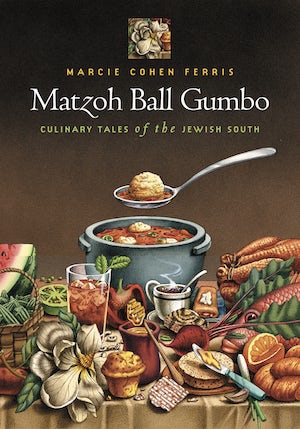 From the colonial era to the present, Marcie Cohen Ferris examines the expressive power of food throughout southern Jewish history. She demonstrates with delight and detail how southern Jews reinvented culinary traditions as they adapted to the customs, landscape, and racial codes of the American South. Richly illustrated, this culinary tour of the historic Jewish South is an evocative mixture of history and foodways, including more than thirty recipes to try at home.

Marcie Cohen Ferris is professor of American studies at the University of North Carolina at Chapel Hill. She is a former president of the Southern Foodways Alliance.
For more information about Marcie Cohen Ferris, visit the Author Page.

A Chicago Tribune Favorite Cookbook of 2005

A Pittsburgh Post-Gazette Top Cookbook of 2005

"Many traditional Southern foods--pulled-pork barbecue, crab cakes, fried oyster po' boys, to name a few--violate traditional Jewish dietary laws, which forbid the consumption of pork and shellfish. What's a Southern Jew to do? Anthropological historian Ferris . . . answers that question in a gustatory tour of the Jewish South. . . . If this book were a restaurant, Michelin would award it two out of three stars: . . . 'excellent cooking, worth a detour.'"--Publishers Weekly

"[Matzoh Ball Gumbo] . . . is a blend of research and real people. . . . The tales--insightful, funny and occasionally heartbreaking--come complete with recipes, including one for her mother's Rosh Hashana jam cake."--New York Times

"The definitive study of the genre. . . . From Ferris's research a wonderful collection of recipes has emerged. . . . Ferris meticulously records never-before-told tales from folks like African American bar mitzvah caterers in Atlanta, Orthodox rabbis accused of smoking tongues in decidedly unkosher smokehouses in Memphis, and a family in the Mississippi Delta who, unable to keep kosher for lack of available ingredients, would nonetheless never eat catfish."--Saveur 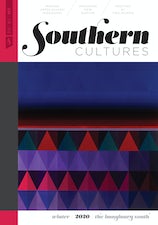