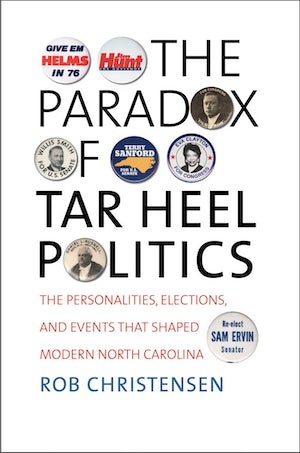 How can a state be represented by Jesse Helms and John Edwards at the same time? Journalist Rob Christensen answers that question and navigates a century of political history in North Carolina, one of the most politically vibrant and competitive southern states, where neither conservatives nor liberals, Democrats nor Republicans, have been able to rest easy. It is this climate of competition and challenge, Christensen argues, that enabled North Carolina to rise from poverty in the nineteenth century to become a leader in research, education, and banking in the twentieth.

In this new paperback edition, Christensen provides updated coverage of recent changes in North Carolina's political landscape, including the scandals surrounding John Edwards and Mike Easley, the defeat of U.S. senator Elizabeth Dole, the election of the state's first woman governor, and voters' approval of an African American candidate for president. The book provides an overview of the run-up to the 2010 elections and explains how North Carolina has become, arguably, the most politically competitive state in the South.

Rob Christensen has covered North Carolina politics for thirty-seven years at the News and Observer in Raleigh.
For more information about Rob Christensen, visit the Author Page.

"A lively account of history [that] includes eyebrow-raising facts."

"A romp through 100 years of North Carolina politics. . . . Help[s] readers understand the conflicts and contradictions that define North Carolina to this day."

"Hotter and slicker than a politician's handshake at a pig pickin' in July."

"Christensen has written a terrific . . . history here, one that is very readable and absolutely jammed full of facts, figures, and anecdotes. . . . [He] lay[s] the historical basis for North Carolina politics as they exist today."

"Presents the pivotal figures and elections of North Carolina's twentieth-century politics in an entertaining and insightful fashion. . . . Christensen's panoramic picture of the state's modern politics is much more than fascinating."

"Lively and well crafted. . . . A valuable study of an important aspect of the state's history, accessible for both general and scholarly audiences."

--The Journal of Southern History

“Christensen brilliantly navigates the complex political past of North Carolina.”--Journal of NC Association of Historians

"Hotter and slicker than a politician's handshake at a pig pickin' in July." 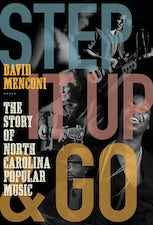 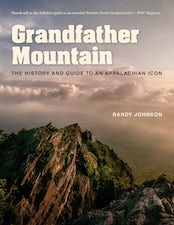