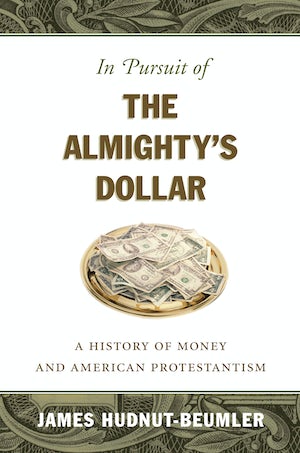 Every day of the week in contemporary America (and especially on Sundays) people raise money for their religious enterprises--for clergy, educators, buildings, charity, youth-oriented work, and more. In a fascinating look into the economics of American Protestantism, James Hudnut-Beumler examines how churches have raised and spent money from colonial times to the present and considers what these practices say about both religion and American culture.

After the constitutional separation of church and state was put in force, Hudnut-Beumler explains, clergy salaries had to be collected exclusively from the congregation without recourse to public funds. In adapting to this change, Protestants forged a new model that came to be followed in one way or another by virtually all religious organizations in the country. Clergy repeatedly invoked God, ecclesiastical tradition, and scriptural evidence to promote giving to the churches they served.

Hudnut-Beumler contends that paying for earthly good works done in the name of God has proved highly compatible with American ideas of enterprise, materialism, and individualism. The financial choices Protestants have made throughout history--how money was given, expended, or even withheld--have reflected changing conceptions of what the religious enterprise is all about. Hudnut-Beumler tells that story for the first time.

James Hudnut-Beumler is dean of the divinity school and Anne Potter Wilson Distinguished Professor of American Religious History at Vanderbilt University. He is author or coauthor of three other books, including Looking for God in the Suburbs: The Religion of the American Dream and Its Critics, 1945-1965.
For more information about James Hudnut-Beumler, visit the Author Page.

"Connects the longevity of American Protestantism to anxious, often uncomfortable attempts to systematize the practice of voluntary giving. . . . Those hungry to understand the drivers behind a key institution in American life will do well to take a look at this fresh approach."--Christian Science Monitor

"A unique and valuable addition to the historiography of American religion."--American Historical Review

"Readers seeking a history of church fundraising will find the volume extremely helpful. . . . We can certainly profit from the numerous insights that are provided."--Journal of American History

"Offers an intriguing perspective on church history."--Journal of Church and State

"An overdue study of a neglected aspect of religion in America, of particular interest to theological and graduate students, and also to laypersons and church professionals. Recommended."--CHOICE