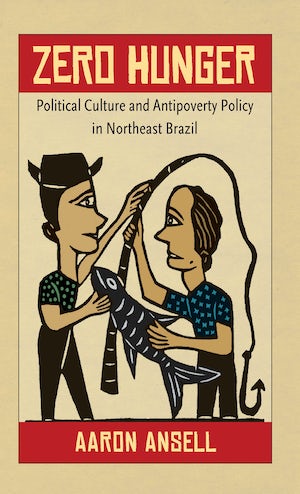 When Luiz Inácio Lula da Silva of Brazil's Workers' Party soared to power in 2003, he promised to end hunger in the nation. In a vivid ethnography with an innovative approach to Brazilian politics, Aaron Ansell assesses President Lula's flagship antipoverty program, Zero Hunger (Fome Zero), focusing on its rollout among agricultural workers in the poor northeastern state of Piauí. Linking the administration's fight against poverty to a more subtle effort to change the region's political culture, Ansell rethinks the nature of patronage and provides a novel perspective on the state under Workers' Party rule.

Aiming to strengthen democratic processes, frontline officials attempted to dismantle the long-standing patron-client relationships--Ansell identifies them as "intimate hierarchies"--that bound poor people to local elites. Illuminating the symbolic techniques by which officials attempted to influence Zero Hunger beneficiaries' attitudes toward power, class, history, and ethnic identity, Ansell shows how the assault on patronage increased political awareness but also confused and alienated the program's participants. He suggests that, instead of condemning patronage, policymakers should harness the emotional energy of intimate hierarchies to better facilitate the participation of all citizens in political and economic development.

Aaron Ansell is assistant professor in the Department of Religion and Culture at Virginia Tech.
For more information about Aaron Ansell, visit the Author Page.

"An important contribution to Latin American political studies. It is very much needed, as it deals with issues that are key to understanding so much of the other literature on Brazil's Northeast, its voting power, and the shift of that power over the course of the Lula administration and into the present. In addition to being an important addition to the ethnographic literature on Brazil and Latin America more generally, the book will also be useful outside the field of anthropology. It will be a most welcome addition for both graduate and undergraduate classes in political science, sociology, and Latin American studies."--Jan Hoffman French, University of Richmond

"Ansell explores how democracy and patronage are deeply entwined, rather than antithetical--this is one of the book's most important theoretical discussions, and it is also a key point regarding Brazil today. This rich and well-wrought narrative is an example of superior ethnography which will be of great interest to specialists and a more general public alike."--John Collins, Queens College and the Graduate Center, City University of New York