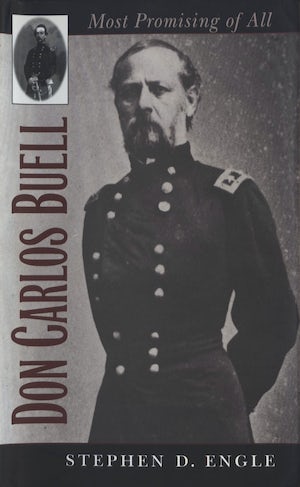 Major General Don Carlos Buell stood among the senior Northern commanders early in the Civil War, led the Army of the Ohio in the critical Kentucky theater in 1861-62, and helped shape the direction of the conflict during its first years. Only a handful of Northern generals loomed as large on the military landscape during this period, and Buell is the only one of them who has not been the subject of a full-scale biography.

A conservative Democrat, Buell viewed the Civil War as a contest to restore the antebellum Union rather than a struggle to bring significant social change to the slaveholding South. Stephen Engle explores the effects that this attitude--one shared by a number of other Union officers early in the war--had on the Northern high command and on political-military relations. In addition, he examines the ramifications within the Army of the Ohio of Buell's proslavery leanings.

A personally brave, intelligent, and talented officer, Buell nonetheless failed as a theater and army commander, and in late 1862 he was removed from command. But as Engle notes, Buell's attitude and campaigns provided the Union with a valuable lesson: that the Confederacy would not yield to halfhearted campaigns with limited goals.

"Engle's Don Carlos Buell: Most Promising of All is, surprisingly, the first biography of this significant Union field commander. . . . A thoroughly researched and clearly written account of a most challenging subject."--Journal of Southern History

"Students who are interested in the first two years of the Civil War in the western theater may find Engle's account of Buell's dilatory tactics rewarding. . . . The best part of Engle's book is his comparison of Don Carlos Buell with George B. McClellan."--The Journal of American History

"This outstanding book, the first on the life of Union General Don Carlos Buell, will endure as the standard biography. . . . A valuable, clearly written, analytical study that explains Buell’s strengths and weaknesses and gives us greater appreciation for the audacity of commanders like Grant."--Filson Club History Quarterly

"Engle's book has not only filled a void, but also has added to our comprehensive understanding of the war in the west. . . . A marvelous addition to a growing body of research which claims that the study of the war is no longer simply North versus South but also East versus West."--Journal of Military History

"Engle has filled a void in the literature of the American Civil War, not only in the life and career of Buell, which has been largely ignored, but with his willingness to deal critically, even severely, with his subject. . . . Engle's scholarship is enviable, revealing prodigious research and close analysis. The bibliography itself could stand alone as a valuable addition to one's library. The result is an important work that has a place of honor on my bookshelf."--Civil War History

"Lucidly written and well researched, this book admirably fills one of the last major voids in Civil War biography. Don Carlos Buell was one of the North's most important commanders in the war's early years. His experience is critical to understanding the shifting nature of the conflict."--Mark Grimsley, author of The Hard Hand of War: Union Military Policy Toward Southern Civilians, 1861-1865 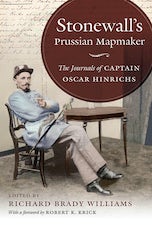 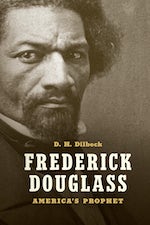