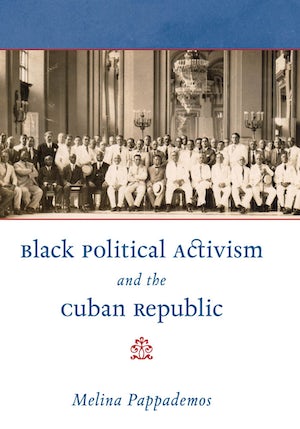 While it was not until 1871 that slavery in Cuba was finally abolished, African-descended people had high hopes for legal, social, and economic advancement as the republican period started. In Black Political Activism and the Cuban Republic, Melina Pappademos analyzes the racial politics and culture of black civic and political activists during the Cuban Republic.

The path to equality, Pappademos reveals, was often stymied by successive political and economic crises, patronage politics, and profound racial tensions. In the face of these issues, black political leaders and members of black social clubs developed strategies for expanding their political authority and for winning respectability and socioeconomic resources. Rather than appeal to a monolithic black Cuban identity based on the assumption of shared experience, these black activists, politicians, and public intellectuals consistently recognized the class, cultural, and ideological differences that existed within the black community, thus challenging conventional wisdom about black community formation and anachronistic ideas of racial solidarity. Pappademos illuminates the central, yet often silenced, intellectual and cultural role of black Cubans in the formation of the nation's political structures; in doing so, she shows that black activism was only partially motivated by race.

Melina Pappademos is associate professor of history and Africana studies at the University of Connecticut.
For more information about Melina Pappademos, visit the Author Page.

“This book is recommended to students and specialists in Cuban history.”--Colonial Latin American Historical Review

"The relevance of this meticulously researched, extremely well written, and sophisticated study of an important dimension of Cuban politics . . . goes well beyond Cuban and Caribbean history to inform a number of fields in politics, ethnic studies, postcolonial studies, and diaspora studies. No other study of Cuban politics provides the exceptional richness of detail about black involvement in local and national life. . . . Highly recommended. All levels/libraries."--Choice

"[A] rich narrative that elucidates the fundamental role played by blacks in the formation of Cuban political structures."--The Historian

“An excellent illustration of how the lens through which scholars view historical events dramatically alters the conclusions that they draw. . . . If a publication can reframe the study of a field, then as far as this reviewer is concerned, this book has accomplished such a task.”--Hispanic American Historical Review

"Pappademos provides a rich new interpretation of the way that blackness was constructed, deployed and negotiated in Cuba's republican era."--Caribbean Quarterly

"With this important, nuanced book, Melina Pappademos provides much-needed details and analysis about internal debates, political tensions, and personalities within Afro-Cuban organizations. This book will be valuable not only to Cuban specialists, but to those who study racial politics generally, Caribbean and Latin American studies, subaltern studies, and postcolonial studies."--Robert Whitney, University of New Brunswick