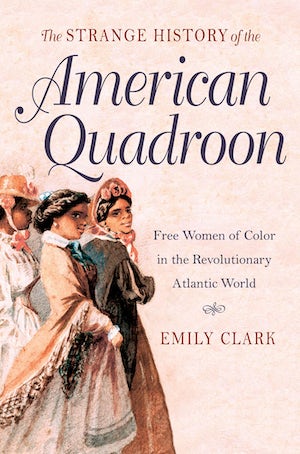 Exotic, seductive, and doomed: the antebellum mixed-race free woman of color has long operated as a metaphor for New Orleans. Commonly known as a "quadroon," she and the city she represents rest irretrievably condemned in the popular historical imagination by the linked sins of slavery and interracial sex. However, as Emily Clark shows, the rich archives of New Orleans tell a different story. Free women of color with ancestral roots in New Orleans were as likely to marry in the 1820s as white women. And marriage, not concubinage, was the basis of their family structure. In The Strange History of the American Quadroon, Clark investigates how the narrative of the erotic colored mistress became an elaborate literary and commercial trope, persisting as a symbol that long outlived the political and cultural purposes for which it had been created. Untangling myth and memory, she presents a dramatically new and nuanced understanding of the myths and realities of New Orleans's free women of color.

Emily Clark is Clement Chambers Benenson Professor of American Colonial History and associate professor of history at Tulane University. She is author of Masterless Mistresses: The New Orleans Ursulines and the Development of a New World Society, 1727-1834.
For more information about Emily Clark, visit the Author Page.

"Clark has made a significant contribution to our understanding of the intertwined histories of race and gender in early New Orleans. Recommended for academic readers."--Library Journal

"In her lively, comprehensive book, Clark broaches society's historical fascination with quadroons. . . . [She] weaves real-life examples with an encyclopedic overview of the widespread effects both the American and Haitian Revolutions had on cultural perceptions of a nebulous social class."--Publishers Weekly

"Richly-researched and compelling. . . . Dr. Clark's work does not disappoint. Her scholarship clears away the smoke and pulls back the veils on much received wisdom, revealing just how empowered, and how impressive our women of color ancestors could be. . . . A page turner."--Huffington Post Blog

"Jump[ing] headlong into [the] intersection of history, memory and mythmaking. . . Clark offers a credible alternative history. . . [and] eloquent and persuasive evidence that race was not simply a byproduct of slavery's racism, but was diligently and deliberately produced. It will surely prove impossible to look at the American quadroon the same way again."--H-Law

“This study, a welcome addition to the story of Louisiana, the South, and U.S. social history, separates fact from legend, thus creating an understanding of complex social structure in a part of the U.S. often considered to be morally and politically exotic. Highly recommended. Upper-division undergraduates and above.”--Choice

“Clark tells a masterful story of the quadroon’s migration from the Caribbean to the United States, surfacing in Philadelphia, and settling in New Orleans. . . . Scholars will find this book fascinating.”--Early American Literature 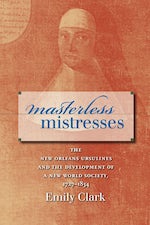