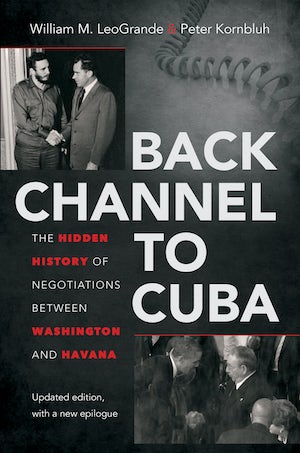 A Foreign Affairs Best Book of the Year

History is being made in U.S.-Cuban relations. Now in paperback and updated to tell the real story behind the stunning December 17, 2014, announcement by President Obama and President Castro of their move to restore full diplomatic relations, this powerful book is essential to understanding ongoing efforts toward normalization in a new era of engagement. Challenging the conventional wisdom of perpetual conflict and aggression between the United States and Cuba since 1959, Back Channel to Cuba chronicles a surprising, untold history of bilateral efforts toward rapprochement and reconciliation. William M. LeoGrande and Peter Kornbluh here present a remarkably new and relevant account, describing how, despite the intense political clamor surrounding efforts to improve relations with Havana, negotiations have been conducted by every presidential administration since Eisenhower's through secret, back-channel diplomacy. From John F. Kennedy's offering of an olive branch to Fidel Castro after the missile crisis, to Henry Kissinger's top secret quest for normalization, to Barack Obama's promise of a new approach, LeoGrande and Kornbluh uncovered hundreds of formerly secret U.S. documents and conducted interviews with dozens of negotiators, intermediaries, and policy makers, including Fidel Castro and Jimmy Carter. They reveal a fifty-year record of dialogue and negotiations, both open and furtive, that provides the historical foundation for the dramatic breakthrough in U.S.-Cuba ties.

Peter Kornbluh, director of the Cuba Documentation Project at the National Security Archive in Washington, D.C., is the author of The Pinochet File: A Declassified Dossier on Atrocity and Accountability, among other books.
For more information about Peter Kornbluh, visit the Author Page.

"Challenging the prevailing narrative of U.S.-Cuba relations, this book investigates the history of the secret, and often surprising, dialogue between Washington and Havana. . . . Suggest[s] that the past holds lessons for future negotiators."--The New Yorker

"LeoGrande and Kornbluh's exhaustive and masterful diplomatic history will stand as the most authoritative account of U.S.-Cuban diplomatic relations during the five decades of Cuban President Fidel Castro's rule."--Foreign Affairs

"A tour de force, Back Channel to Cuba never simplifies the complexity of the post-Revolution relationship between the United States and Cuba. The authors' virtuosity and enthusiastic vigor is reminiscent of John Le Carré as a political moralist while adhering to exacting scholarly standards."--The American Conservative

"An exceedingly well-written and well-documented account. . . . Essential for libraries that support research into the political and diplomatic history of America foreign relations with Cuba in the latter half of the 20th century."--Library Journal, starred review

“A rich and timely review of the background to the normalization recently achieved.”--Studies in Intelligence 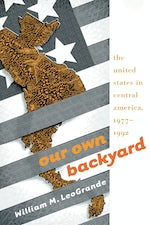 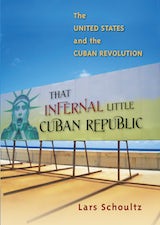