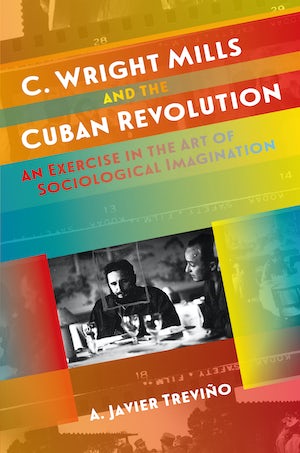 In C. Wright Mills and the Cuban Revolution, A. Javier Treviño reconsiders the opinions, perspectives, and insights of the Cubans that Mills interviewed during his visit to the island in 1960. On returning to the United States, the esteemed and controversial sociologist wrote a small paperback on much of what he had heard and seen, which he published as Listen, Yankee: The Revolution in Cuba. Those interviews--now transcribed and translated--are interwoven here with extensive annotations to explain and contextualize their content. Readers will be able to “hear” Mills as an expert interviewer and ascertain how he used what he learned from his informants. Treviño also recounts the experiences of four central figures whose lives became inextricably intertwined during that fateful summer of 1960: C. Wright Mills, Fidel Castro, Juan Arcocha, and Jean-Paul Sartre. The singular event that compelled their biographies to intersect at a decisive moment in the history of Cold War geopolitics--with its attendant animosities and intrigues--was the Cuban Revolution.

“An excellent resource for scholars who want to understand the path Mills began taking at the end of his life, showing how main elements of his thought were transforming into a revolutionary vision, somewhat flawed but powerful enough to be an inspiration to the New Left, which rose in the decade following his death. Highly recommended.”--Choice

“A. Javier Treviño’s book succeeds beautifully on several levels. Eminently fair, sober, and judicious, he writes fluidly, sympathetically, and critically about Mills and his jolting and (at the same time) deeply flawed Listen, Yankee. Treviño’s criticisms are unstinting, and so is his portrayal of the inflamed, crackpot atmosphere that prevailed in the United States as Mills strained to resist America’s anti-Castro panic. This is a scholarly tour de force and a fascinating study.”--Todd Gitlin, author of The Sixties: Years of Hope, Days of Rage

“A. Javier Treviño provides the definitive account of radical sociologist C. Wright Mills’s engagement with the Cuban Revolution. Especially fascinating are the extensive primary sources he reproduces in full. This book will be of interest to anyone wanting to know about the history of sociology or of U.S.-Cuba relations.”--Daniel Geary, author of Radical Ambition: C. Wright Mills, the Left, and American Social Thought

“This masterful reconstruction of C. Wright Mills’s engagement with Cuba documents how Fidelismo cracked open Cold War liberalism. Those revolutionary days come alive, reminding us again of how the Cuban Revolution shook the world, and of Listen, Yankee’s profound impact.”--Van Gosse, author of Where the Boys Are: Cuba, Cold War America, and the Making of a New Left