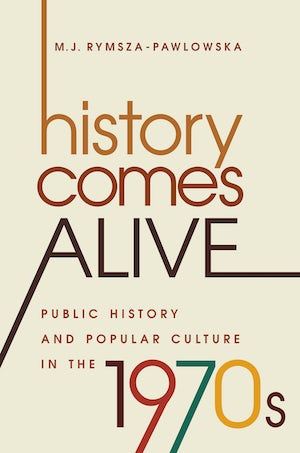 During the 1976 Bicentennial celebration, millions of Americans engaged with the past in brand-new ways. They became absorbed by historical miniseries like Roots, visited museums with new exhibits that immersed them in the past, propelled works of historical fiction onto the bestseller list, and participated in living history events across the nation. While many of these activities were sparked by the Bicentennial, M. J. Rymsza-Pawlowska shows that, in fact, they were symptomatic of a fundamental shift in Americans’ relationship to history during the 1960s and 1970s.

For the majority of the twentieth century, Americans thought of the past as foundational to, but separate from, the present, and they learned and thought about history in informational terms. But Rymsza-Pawlowska argues that the popular culture of the 1970s reflected an emerging desire to engage and enact the past on a more emotional level: to consider the feelings and motivations of historic individuals and, most importantly, to use this in reevaluating both the past and the present. This thought-provoking book charts the era’s shifting feeling for history, and explores how it serves as a foundation for the experience and practice of history making today.

"Scholars of the 1970s, public history, U.S. cultural history, and American studies will find this work helpful . . . not only for its explanation of changes in historical consciousness in the 1970s, but also as a model of meticulous scholarship and engaging writing."--American Historical Review

"A timely contribution to our understanding of the current political climate. . . . Examines the intricate relationship between culture and politics and would appeal to readers interested in media, public history, and critical engagement with the archive."--The Journal of Popular Culture

“Rymsza-Pawlowska’s analysis of American popular culture in the 1970s in relation to the U.S. Bicentennial helps explain why the culture wars, which began in the 1970s, have gradually become the new normal.”--The Annals of Iowa

“An essential tool for the teaching of public history at both the graduate and undergraduate level.”--Choice

“History Comes Alive: Public History and Popular Culture in the 1970s examines the rise of a new kind of public history at cultural heritage institutions and on television. . . . When it came to the uses of history in public life and popular culture, the focus on the self during the ‘Me Decade’ also had larger, civic dimensions.”--Society for U.S. Intellectual History 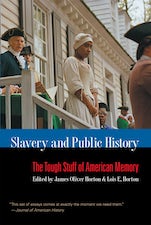