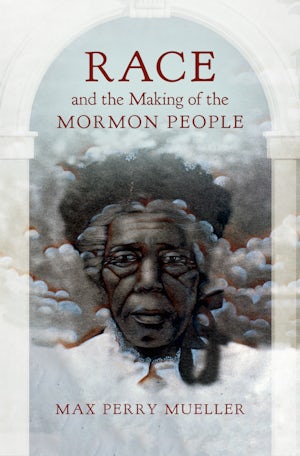 The nineteenth-century history of the Church of Jesus Christ of Latter-day Saints, Max Perry Mueller argues, illuminates the role that religion played in forming the notion of three “original” American races—red, black, and white—for Mormons and others in the early American Republic. Recovering the voices of a handful of black and Native American Mormons who resolutely wrote themselves into the Mormon archive, Mueller threads together historical experience and Mormon scriptural interpretations. He finds that the Book of Mormon is key to understanding how early followers reflected but also departed from antebellum conceptions of race as biblically and biologically predetermined. Mormon theology and policy both challenged and reaffirmed the essentialist nature of the racialized American experience.

The Book of Mormon presented its believers with a radical worldview, proclaiming that all schisms within the human family were anathematic to God’s design. That said, church founders were not racial egalitarians. They promoted whiteness as an aspirational racial identity that nonwhites could achieve through conversion to Mormonism. Mueller also shows how, on a broader level, scripture and history may become mutually constituted. For the Mormons, that process shaped a religious movement in perpetual tension between its racialist and universalist impulses during an era before the concept of race was secularized.

“Argues that Mormonism is a quintessentially American religion. . . . Yet, while the story of race and the LDS Church is similar to other American experiences of race, it’s also distinctive, leaving Mormons to grapple with the legacy of racism and white supremacy in their own way.”—The Atlantic

"Unearths the buried stories of black Mormons such as Jane Manning James, who was close to Mormon founders like the (Joseph) Smith family.”—Martin Marty, Sightings

"Argues that the Book of Mormon both reinforced and challenged nineteenth-century Americans’ ideas about race--and that it set the stage for how Mormonism would develop in the decades to come."—Jana Riess, Religion News Service

"Unlike many other works of race and Mormonism, Mueller pushes beyond only understanding white Mormon identities. He explains Mormons sought to create a “distinctly white Mormon race” and then stresses nonwhite Mormon perspectives and experiences. He explores what “white” might mean to African American and Native American Mormons thereby (re) centering the focus of Mormon constructs of race on African Americans, Native Americans, and nonwhite Mormons who influenced the LDS Church and its community."—Farina King (Diné), author of The Earth Memory Compass: Diné Landscapes and Education in the Twentieth Century

"A mature, meditative, and mighty engagement with a complex topic. Scholars of American religion and race, not to mention those engaged in the academic analysis of Mormonism, will be struggling with his conclusions for quite some time."--Benjamin Park, The Junto

"Max Perry Mueller’s highly anticipated book... [examines] race as a constitutive factor in the formation of Mormonism. Mueller takes on a wide range of questions about early Mormonism and race, but the answers to all of those questions resolve... to make clear a distinction between the ideologies and practices of race that defined the church for most of its history and the set of possibilities available in its founding texts."—Seth Perry, author of Bible Culture and Authority in the Early United States