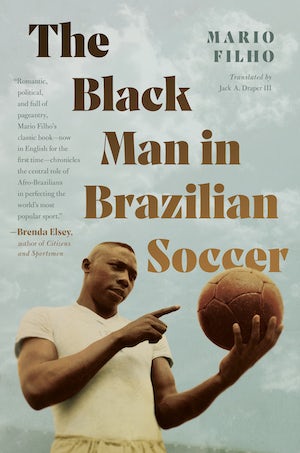 At turns lyrical, ironic, and sympathetic, Mario Filho’s chronicle of “the beautiful game” is a classic of Brazilian sports writing. Filho (1908–1966)—a famous Brazilian journalist after whom Rio’s Maracanã stadium is officially named—tells the Brazilian soccer story as a boundary-busting one of race relations, popular culture, and national identity. Now in English for the first time, the book highlights national debates about the inclusion of African-descended people in the body politic and situates early black footballers as key creators of Brazilian culture.

When first introduced to Brazil by British expatriots at the end of the nineteenth century, the game was reserved for elites, excluding poor, working-class, and black Brazilians. Filho, drawing on lively in-depth interviews with coaches, players, and fans, points to the 1920s and 1930s as watershed decades when the gates cracked open. The poor players and players of color entered the game despite virulent discrimination. By the mid-1960s, Brazil had established itself as a global soccer powerhouse, winning two World Cups with the help of star Afro-Brazilians such as Pelé and Garrincha. As a story of sport and racism in the world's most popular sport, this book could not be more relevant today.

Mario Filho was a prize-winning Brazilian journalist and sports writer.
For more information about Mario Filho, visit the Author Page.

“Romantic, political, and full of pageantry, Mario Filho’s classic book—now in English for the first time—chronicles the central role of Afro-Brazilians in perfecting the world’s most popular sport.”--Brenda Elsey, author of Citizens and Sportsmen

“A fascinating and capacious interpretation of the social power and cultural intricacies of sport. He presents the powerful story of the interplay between race and soccer in Brazilian society in a riveting style that captures all the delights, contradictions, and possibilities that soccer offers to the world.”—Laurent Dubois, author of The Language of the Game: How to Understand Soccer

“Written with a journalist’s flair, Filho’s innovative exploration of race, nation, and popular culture set the terms of debate about the inclusion of African-descended people in Brazil more broadly. It is one of the most important and essential books on both soccer and early twentieth-century Brazilian society.”—Joshua Nadel, author of Fútbol!: Why Soccer Matters in Latin America 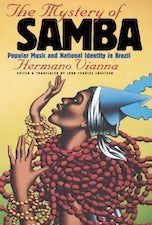