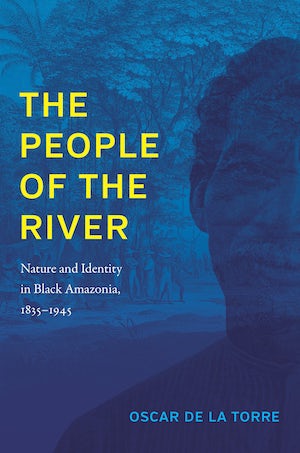 Outstanding First Book Prize, Association for the Study of the Worldwide African Diaspora

In this history of the black peasants of Amazonia, Oscar de la Torre focuses on the experience of African-descended people navigating the transition from slavery to freedom. He draws on social and environmental history to connect them intimately to the natural landscape and to Indigenous peoples. Relying on this world as a repository for traditions, discourses, and strategies that they retrieved especially in moments of conflict, Afro-Brazilians fought for autonomous communities and developed a vibrant ethnic identity that supported their struggles over labor, land, and citizenship.

Prior to abolition, enslaved and escaped blacks found in the tropical forest a source for tools, weapons, and trade--but it was also a cultural storehouse within which they shaped their stories and records of confrontations with slaveowners and state authorities. After abolition, the black peasants' knowledge of local environments continued to be key to their aspirations, allowing them to maintain relationships with powerful patrons and to participate in the protest cycle that led Getúlio Vargas to the presidency of Brazil in 1930. In commonly referring to themselves by such names as "sons of the river," black Amazonians melded their agro-ecological traditions with their emergent identity as political stakeholders.

“[Oscar de la Torre’s] socio-environmental history of black peasants in frontier Pará is a superb addition to the field. . . . De la Torre’s ability to weave together a cohesive narrative from disparate sources and case studies stands as a testament to the power of his theoretical and methodological framework.”--Agricultural History

“For readers from the social sciences interested in history, this book opens an entrance into an adjacent room in the library. Such passageways between our increasingly separated disciplines are both rare and valuable.”--Americas

“Torre’s work is at the vanguard of an emerging English-language literature on quilombos in Brazil with a historical focus . . . Torre skillfully incorporates anthropological methods and critically engages monographs produced by anthropologists in the past three decades.”--Luso-Brazilian Review

“Oscar de la Torre’s account of how slaves, maroons, and their heirs became peasants in the forested environment of the lower Amazon contributes to a more complete understanding of slavery and postemancipation trajectories in Brazil and the Americas, and to a more comprehensive Amazonian history.”--H-Net Reviews

“This book excavates a deeper history of black political struggle in the Brazilian Amazon . . . Oscar de la Torre traces these struggles back to the time of slavery, through the period of abolition, and into the twentieth century. In doing so, the author makes an important contribution to our understanding of how Afro-Amazonian communities preserved their autonomy over time.”--Hispanic American Historical Review 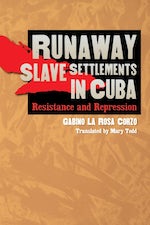