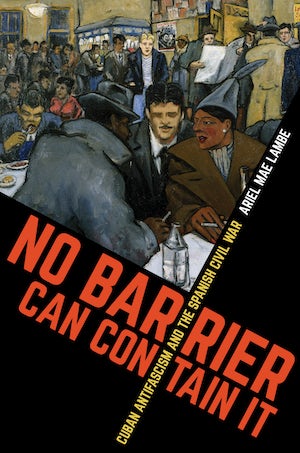 Vividly recasting Cuba’s politics in the 1930s as transnational, Ariel Mae Lambe has produced an unprecendented reimagining of Cuban activism during an era previously regarded as a lengthy, defeated lull. In this period, many Cuban activists began to look at their fight against strongman rule and neocolonial control at home as part of the international antifascism movement that exploded with the Spanish Civil War. Frustrated by multiple domestic setbacks, including Colonel Fulgencio Batista’s violent crushing of a massive general strike, activists found strength in the face of repression by refusing to view their political goals as confined to the island.

As individuals and in groups, Cubans from diverse backgrounds and political stances self-identified as antifascists and moved, both physically and symbolically, across borders and oceans, cultivating networks and building solidarity for a New Spain and a New Cuba. They believed that it was through these ostensibly foreign fights that they would achieve economic and social progress for their nation. Indeed, Cuban antifascism was such a strong movement, Lambe argues, that it helps to explain the surprisingly progressive turn that Batista and the Cuban government took at the end of the decade, including the establishment of a new constitution and presidential elections.

Ariel Mae Lambe is assistant professor of history at the University of Connecticut.

“No Barrier Can Contain It is indispensable. Lambe’s original, comprehensive analysis of a previously unexplained and unexplored topic uncovers the role that a variety of groups in Cuba, including blacks, Masons, and even the small Jewish community, played in forging an anti-Franco opposition that, starting in the thirties, became a major plank of all Cuban progressive forces trying to build a ‘New Cuba.’”—Samuel Farber, Brooklyn College

“This first-rate book provides an excellent window onto the larger issues of antifascism and the struggle for social justice and independence in Cuba and elsewhere. An important contribution to Cuban history, to the large body of work on the international dimensions of the Civil War, and to transnational history.”—Robert Whitney, University of New Brunswick 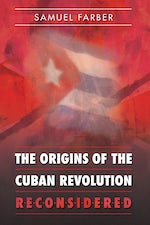