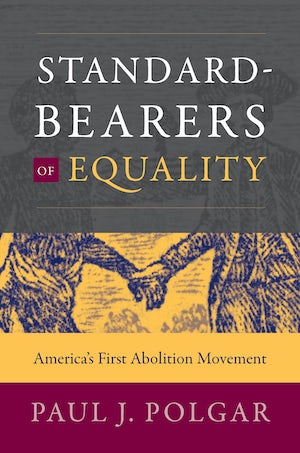 Paul Polgar recovers the racially inclusive vision of America's first abolition movement. In showcasing the activities of the Pennsylvania Abolition Society, the New York Manumission Society, and their African American allies during the post-Revolutionary and early national eras, he unearths this coalition's comprehensive agenda for black freedom and equality. By guarding and expanding the rights of people of African descent and demonstrating that black Americans could become virtuous citizens of the new Republic, these activists, whom Polgar names "first movement abolitionists," sought to end white prejudice and eliminate racial inequality. Beginning in the 1820s, however, colonization threatened to eclipse this racially inclusive movement. Colonizationists claimed that what they saw as permanent black inferiority and unconquerable white prejudice meant that slavery could end only if those freed were exiled from the United States. In pulling many reformers into their orbit, this radically different antislavery movement marginalized the activism of America's first abolitionists and obscured the racially progressive origins of American abolitionism that Polgar now recaptures.

By reinterpreting the early history of American antislavery, Polgar illustrates that the late eighteenth and early nineteenth centuries are as integral to histories of race, rights, and reform in the United States as the mid-nineteenth century.

Paul J. Polgar is assistant professor of history at the University of Mississippi.
For more information about Paul J. Polgar, visit the Author Page.

“Polgar . . . here seeks to expand the breadth, depth, and length of what he terms “the first abolition movement”. . . . In accentuating the first movement abolitionist program’s contributions, Polgar underscores the degree to which those who supported “gradualist” antislavery helped set the free North and slave South on the tortured road to civil war that ultimately abolished slavery and provided a blueprint for equal rights and citizenship for black Americans during Reconstruction and in 20th-century civil rights campaigns.”--CHOICE

“Polgar has provided a useful analysis of the complexities of the abolitionist and colonization movements in the early republic. Deeply researched and capacious in its use of both primary and secondary sources, Standard-Bearers of Equality is a painful reminder of a moment in America’s history of slavery and racism and of paths and opportunities not taken.” – Journal of Ecclesiastical History

"This is the best book on the first wave of abolition in the early American Republic, period. Through meticulous research and careful analysis, Paul Polgar challenges long-standing generalizations and misreadings of what he calls 'first movement abolitionism.' A long-awaited and valuable reassessment of revolutionary abolitionism, this book will endure."--Manisha Sinha, University of Connecticut

"Standard-Bearers of Equality recovers a decades-long struggle by black and white activists to overcome slavery and racial injustice in the age of the American Revolution and to enshrine a fuller sense of equality in American culture and politics. It makes a vital contribution to the history of the founding era and delivers a much-needed rebuke to dangerously ethnonationalist visions of American culture."--James Sidbury, Rice University

"Tying together scholarship on race, religion, and Revolutionary ideology, Paul Polgar maps out the ideologies, cross-racial alliances, transatlantic connections, and evolving strategies of small, committed groups of African Americans, Quakers, and fellow travelers who set out to rid the nation of slavery and racial prejudice in the early days of the Republic. In Polgar's hands, these activists emerge as surprisingly optimistic in the face of the forces arrayed against them, if also doggedly pragmatic, proving worthy precursors to the antebellum movement of William Lloyd Garrison and Frederick Douglass."--Leigh Fought, Le Moyne College