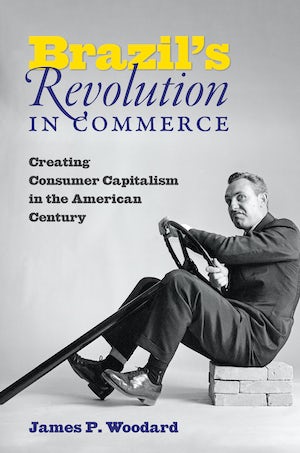 James P. Woodard’s history of consumer capitalism in Brazil, today the world’s fifth most populous country, is at once magisterial, intimate, and penetrating enough to serve as a history of modern Brazil itself. It tells how a new economic outlook took hold over the course of the twentieth century, a time when the United States became Brazil’s most important trading partner and the tastemaker of its better-heeled citizens. In a cultural entangling with the United States, Brazilians saw Chevrolets and Fords replace horse-drawn carriages, railroads lose to a mania for cheap automobile roads, and the fabric of everyday existence rewoven as commerce reached into the deepest spheres of family life.

The United States loomed large in this economic transformation, but American consumer culture was not merely imposed on Brazilians. By the seventies, many elements once thought of as American had slipped their exotic traces and become Brazilian, and this process illuminates how the culture of consumer capitalism became a more genuinely transnational and globalized phenomenon. This commercial and cultural turn is the great untold story of Brazil’s twentieth century, and one key to its twenty-first.

James P. Woodard, professor of history at Montclair State University, is the author of A Place in Politics: São Paulo, Brazil, from Seigneurial Republicanism to Regionalist Revolt.

“Woodard. . . undertakes a monumental task in tracing the development of consumer capitalism in Brazil through the 20th century. His accomplishment is no small feat, and the book’s meticulous research and attention to detail truly stand out as he maps out the rise of an American-style consumerism filtered through Brazilian culture and society.”--CHOICE

"In a sprawling study of twentieth-century Brazilian culture covering also gender, sports, and politics, perhaps the most convincing contribution that Woodard makes—with concise, elegant writing to boot—is the idea that Americanization was not just another word for modernization. There were other models of modernization. Those who chose to modernize US-style were choosing that model and doing so with gusto."--Hispanic American Historical Review

"A stunning achievement in historical scholarship and cultural criticism. To call this a book about consumerism and marketing in Brazil, which in some ways it is, is not enough: artfully following the full ramifications of those themes to the point where they are illuminating almost every corner of Brazilian society in the twentieth century, this is nothing short of a profound rethinking of Brazil’s modern transformation. Fresh, lively, and beautifully written.”—Barbara Weinstein, The Color of Modernity: São Paulo and the Making of Race and Nation in Brazil

“A landmark study in the history of capitalism and consumer culture in Brazil. Bringing together business, economic, and cultural questions about Brazil, this highly original work also opens new pathways to interpret U.S. cultural and economic influence in Latin America. Notable for a unique, sweeping scope, Brazil’s Revolution in Commerce will reshape how we engage the history of modern Brazil, Latin America, and beyond.”—Jerry Dávila, author of Hotel Trópico: Brazil and the Challenge of African Decolonization 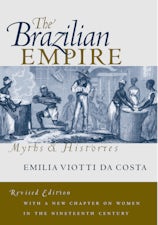